In a strongly worded letter written and signed by Adamu to Tinubu who is still having a vacation in London, the party accused him of arrogantly ignoring their contribution to the composition of his campaign council. 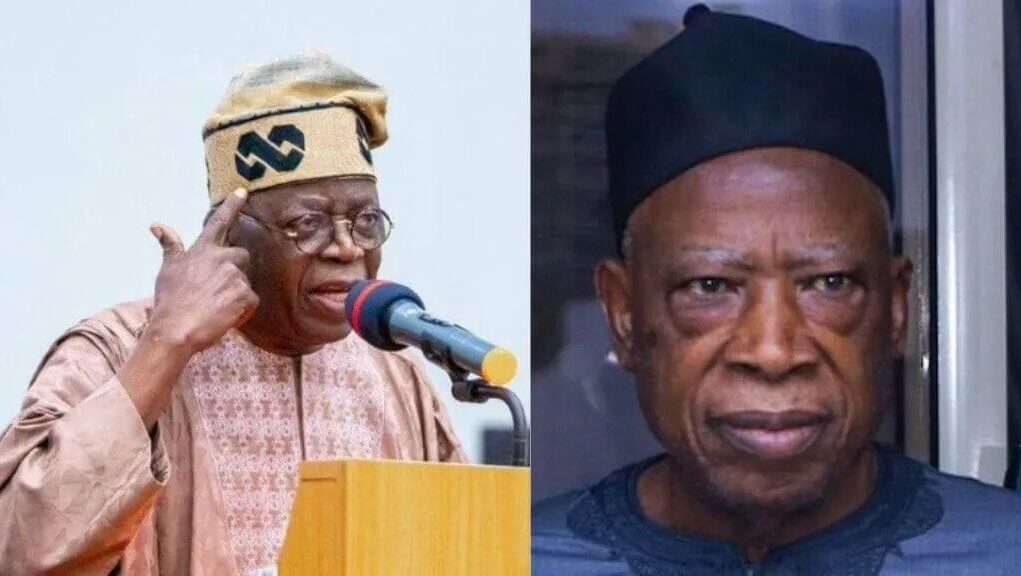 The  All Progressives Congress has distanced its from a leaked letter by the National Chairman, Senator Abdullahi Adamu accusing the party’s presidential candidate, Bola Tinubu of running a one-man show in composing his campaign council.
The party reacted on Thursday.
The ruling party maintained that the letter did not emanate from its chairman and that the letter in circulation was not signed by Adamu.
The party’s National Publicity Secretary, Felix Morka, debunked the letter in a statement made available to journalists on Thursday.
Punch had reported that barely one week after releasing his presidential campaign council list, Tinubu come under heavy fire from the leadership and national working committee of the party.
In a strongly worded letter written and signed by Adamu to Tinubu who is still having a vacation in London, the party accused him of arrogantly ignoring their contribution to the composition of his campaign council.
However, Morka on Thursday, said the letter was unsigned and should not be attributed to the ruling party chairman.
“Our attention has been drawn to a “DRAFT” letter in circulation purportedly written by His Excellency, Senator Abdullahi Adamu, the National Chairman of our great Party, addressed to His Excellency, Asiwaju Bola Ahmed Tinubu, the Presidential Candidate of our great Party, expressing dissatisfaction over the recently released list of the Presidential Campaign Council (PCC).
“To be clear, the “DRAFT” letter did not emanate from the Party. An UNSIGNED letter that marks itself as a ‘DRAFT’ cannot and should not be attributed to its purported author.
“The National Chairman of our Party and our Presidential Candidate maintain cordial and effective communication channels, and enjoy full liberty of open and frank conversations on matters of interest to the Party and our Presidential Campaign. As such, an unsigned “DRAFT” letter of the kind in circulation is patently unnecessary and of no qualitative value to engagement between the Party and the PCC.
“We will not be distracted by the wishes and actions of detractors that wait gleefully but in vain for some kind of crisis to erupt between the Party and the PCC.
“We stand united, as a Party, in our resolve and commitment to execute a focused and issue-driven campaign to persuade Nigerians to renew our mandate in next year’s general election,” the statement read.
Top Stories