Nigerian Man Seeks Justice After Policemen In Lagos Allegedly Took Him To A POS Operator And Extorted N100,000 From Him


He claimed the officers took him to their station and tried to get him to confess to being a crime which he refused.

A Nigerian Twitter user has taken to the mocroblogging platform to seek justice after some police officials in the Aguda area of Lagos state allegedly extorted the sum of one hundred thousand naira from him.

The man with the handle @ojogbadura, said the security agents referred to him as an internet fraudster because of his company laptop found on him.

He claimed the officers took him to their station and tried to get him to confess to being a criminal which he refused. He said he was then taken to a Point-of-Sale operator who he was made to transfer N100, 000.

The spokesperson of the command, SP Benjamin Hundeyin, has weighed in on the issue, asking the complainant to check his direct message (DM) on Twitter. 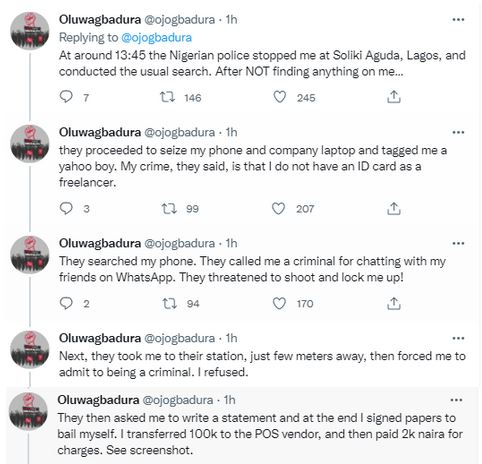 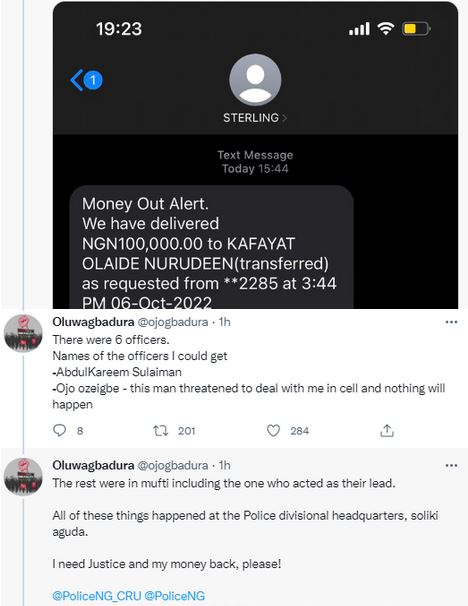