Upon interrogation by men of the Police force, she opened up about what made her commit the crime. 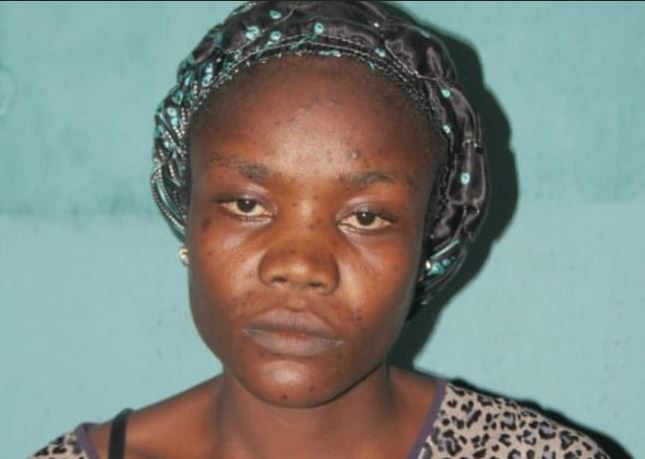 The Bauchi State Police Command arrested a 30-year-old suspect, from Kanam LGA of Plateau State, on Tuesday, September 27, 2022, for allegedly stealing a baby by posing as a hospital staff.

The suspect identified as Sukyama Irmiya was nabbed after walking into the ward of Abubakar Tafawa Balewa University Teaching Hospital (ATBUTH) in Bauchi State to steal a 14-day-old twin baby.

Upon interrogation by men of the Police force, she opened up about what made her commit the crime.

“I came to Bauchi to see a doctor and from there I went to the Teaching Hospital (ATBUTH) to see a doctor but I later changed my mind because of the condition I found myself in.

“I thought that even if I met the doctor, it is all about child bearing and I don’t have a husband because I have been chased out of my marriage, so there’s no hope of child bearing.

“I stole the child because I want it, I want to take care of it as my own child, that was the reason I went for a newly-born baby. I had tried adopting one but I couldn’t get one because there was no infant child available at the orphanage I went to. I did not do it with any ulterior motives, I just want a baby so that I too will be called a mother.

“I entered the ward and met the woman, I engaged her in friendly conversations and she loosened up with me. I asked her if she had twins and she answered yes, I then asked he if I could take him to see how he looks, and she allowed me to do that.

“Immediately I took the baby, my heart told me to act as the mother and go. I then told her that I was coming and I just left the hospital and went away with the baby. I followed the main entrance to the main road and boarded a Keke and went to the village called Za’a in Kanam LGA.”