Bamise went missing after she boarded a BRT vehicle from Chevron Bus Stop, Ajah to Oshodi around 7pm on February 26. 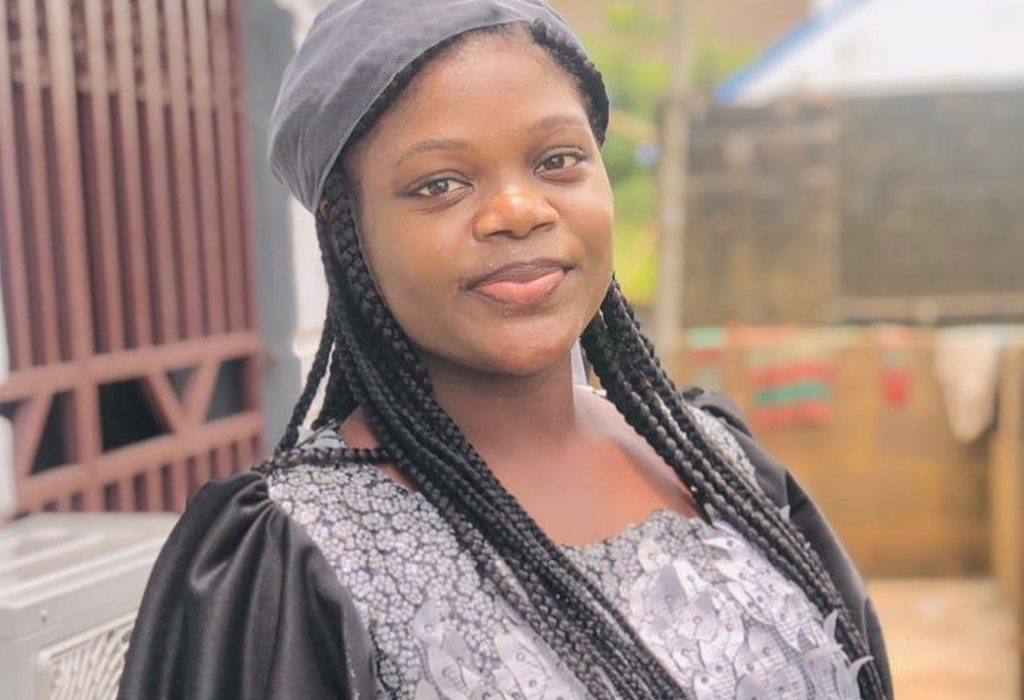 The family members of Oluwabamise Ayanwola, have cried out foe help.

Bamise was a 22-year-old lady, who was declared missing on February 26, 2022, after boarding a Bus Rapid Transit vehicle from the Ajah area of Lagos to Oshodi and whose body was later found by the police.

Her family, on Tuesday lamented that the Mainland Hospital mortuary, Yaba, where her corpse was deposited, is demanding N500,000 from them.

Bamise went missing after she boarded a BRT vehicle from Chevron Bus Stop, Ajah to Oshodi around 7pm on February 26.

During the journey, the fashion designer was said to have observed that the driver was not picking up other passengers at subsequent bus stops along the route.

Disturbed, she messaged her friend and sent voice notes detailing her predicament. It was the last time her friend and family members heard from her and she was later declared missing.

She was later found dead on Carter Bridge, according to the Lagos State Police Command.

However the deceased’s elder brother, Pelumi, on Tuesday told PUNCH that the State Criminal Investigation Department, Panti told them that after the autopsy was carried out, the responsibility was on the family and that it was no longer under their care and that their family was to be paying the bill.

According to Pelumi, his brother went to the mortuary to collect the bill and the amount as of two weeks ago was N499,200. But the money was now over N500,000.

Pelumi explained that the longer Bamise’s corpse stayed in the morgue, the more traumatising the situation was for the family.

He noted that her late sister deserved a burial sponsored by the government since she was allegedly killed while on a state-owned commercial bus.

He said, “The head of the mortuary attendants at the Mainland Hospital, Yaba, called my elder brother, Oluwatobi, to inform him that nobody had been coming to check on her corpse and nobody had paid anything after the autopsy was carried out.

“The person said the bills were accumulating and demanded that we come. My brother asked if we were the ones they should be calling for that. My brother later went to the State Criminal Investigation Department, Panti, to verify why they said we should be paying when we were not the one that brought her corpse to that place.

“At Panti, we were told that after the autopsy was carried out, the responsibility was on us and that it was no longer under their care and that our family was to be paying the bill. My brother went to the mortuary to collect the bill and the amount as of two weeks ago was N499,200. But the money is over N500,000 now.

“As a family, aside from the justice that we have been clamouring for, we believe that the circumstances that led to her death shows that she fought hard and the situation exposed darkness in the Lagos Bus Services Limited and some governmental set-ups.

“The LBSL is still operating, but as a family, we are still crying every day. Nothing has stopped their operation since the incident happened about eight months ago. Since the incident, we have not heard anything from LBSL; no official visit to our house by any representatives,” Pelumi stated.

Meanwhile, the state Commissioner for Information and Strategy, Gbenga Omotoso, said the LBSL would settle the mortuary bills and take care of the burial expenses.

He said, “I have spoken with the Managing Director of the LBSL, and he continues to sympathise with the family and he says that he will not expect them to look for that kind of money to pay.

“But if it is to settle the expenses incurred in the cost of the burial, I think the company will not leave them alone. Whatever they need to make them comfortable, I am saying, on behalf of the Governor, Mr Babajide Sanwo-Olu, who has always sympathised with them, they will get it concerning the burial,” he said.