Tinubu had on Tuesday an interactive session with Arewa joint committee in Kaduna State where he answered some pertinent questions. 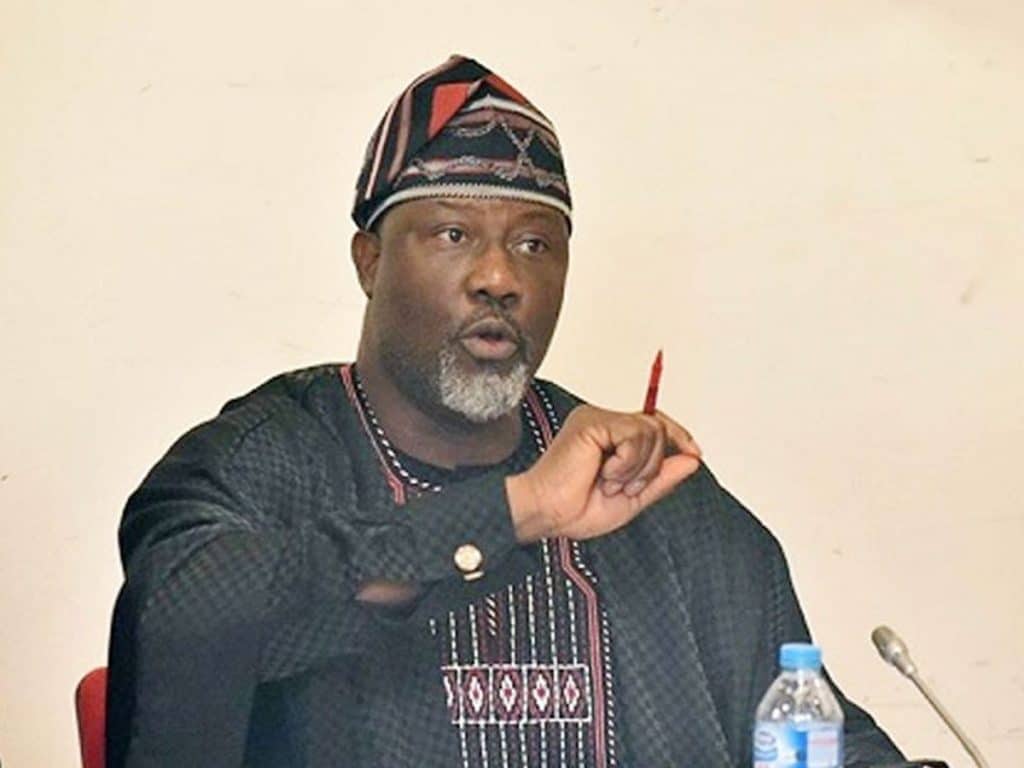 Dino Melaye has lambasted Bola Tinubu, the Presidential candidate of the All Progressives Congress.
Melaye, who is the spokesman of the Peoples Democratic Party (PDP) presidential campaign council called out Tinubu over a controversial statement he made yesterday.
Tinubu had on Monday at an interactive session with Arewa joint committee in Kaduna State responded to a climate change question using the Holy communion as an illustration.
In his word: "We are coming up with unbreakable team of performance, who are dedicated to the future of this country, if you want to play Ludo, I’m not part of that, but we want to finance project completion, programs that will bring development to this country, we would do it. Take it and put it your pocket. Climate change is a question of how do you prevent a church rat from eating a poison holy communion, that is the way, we are a poor nation, and the barcode will follow."
However, Dino Melaye has termed the statement an insult to Christians stating that Tinubu has desecrated the Holy sacrament.
He said Tinubu’s action to minimise and ridicule the communion to such a joke is insensitive and shows his disregard for the Christian religion.
He wrote: “Tinubu just insulted Christians and desecrated the holy sacrament. The Holy Communion is for a divine reason called HOLY. To minimize it and ridicule it to a joke is insensitive and a further show of disregard to the Christian religion. Tinubu must apologize.”