See The Staggering Number Of Nigerian Doctors Practising In UK, According to NMA


The association’s National President, Dr Uche Ojinmah, raised the concern on Monday at a press briefing to mark the 2022 Physicians’ Week in Ibadan. 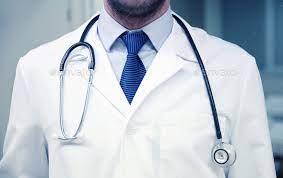 At least 10,296 Nigeria-trained doctors are currently practising in the United Kingdom, the Nigerian Medical Association has said.
The association’s National President, Dr Uche Ojinmah, raised the concern on Monday at a press briefing to mark the 2022 Physicians’ Week in Ibadan, according to Punch.
Ojinmah, represented by the Oyo State NMA Chairman, Dr Wale Lasisi, said, “Currently, Nigeria has the third highest number of foreign doctors working in the UK after India and Pakistan.
“While we are losing our human resources to health in geometric progression, Lassa Viral Hemorrhagic fever, Malaria, COVID-19, Ebola, Marburg, and so on, are still very much available in the face of worsening incidences of systemic hypertension with or without complications, diabetes mellitus with or without complications, osteoarthritis, and so on.
“We call on our governments at all levels, to quickly declare emergency action in Nigeria’s health sector for the sake of its citizens.”
Ojinmah also expressed dissatisfaction over the welfare of members amidst a lack of facilities and infrastructure.
He added, “Let me inform you all that a Nigerian doctor is poorly paid, overworked, lacks necessary work tools, and has become a target for kidnapping.
“We, as Nigerian doctors, have been taken from the lofty heights of nobility to nothingness by the neglect and possible disdain for the health sector by successive governments.
“The penchant of state governments for seizing or slashing our salaries and paying them piecemeal at their convenience, without interest, has become a subject of folklore and, hence, cannot be allowed to continue.”
The NMA in Taraba State on Monday decried the ratio of doctors to patients in the state, saying one doctor attends to 10,000 patients in the state.
The chairman of the state’s branch, Dr Bako Ali, disclosed this at a press conference as part of activities to mark the 2022 Physician Week in Jalingo.
While enumerating the challenges facing doctors in the state, Bako noted that the state had yet to start the implementation of CONMESS for doctors on the state payroll.
“Another challenge is that the state is yet to start payment of hazard allowance for doctors practising in Taraba State and they are now moving to federal hospitals while those in the federal service are moving abroad over poor remuneration and conditions of service.
“The poor state of facilities in most of the state hospitals is also discouraging even though the Wukari, Gembu, and Bambur General Hospitals are receiving attention by the present administration,” he said.
In the same vein, the Chairman, NMA, Ekiti State Branch, Dr Niyi Rosiji, lamented that brain drain is killing the health sector in the state, saying urgent steps needed to be taken by the state government to redress the drift.
Rosiji, who said the primary, secondary and tertiary hospitals in the state were grossly short of medical doctors, urged the state government to urgently address the backlog of salaries and allowances owed to doctors, implement hazard allowance and ensure upward review of doctors’ pay.
He said, “Every secondary health centre and specialist hospital in Ekiti should have at least nine doctors but the highest we have is two per hospital. We are supposed to have 276 doctors but we have just 85. How do you expect us to not have high mortality?
“We need about 195 doctors to run the Ekiti State University Teaching Hospital, but we only have 95. Why should people blame doctors for the monsters the government has created? For the primary, we need 32 doctors, but there are only 12 and four of them will retire soon,” Rosiji said.
Top Stories