Men of the “Dandal” division of the Nigerian Police Borno Command quickly rushed to the area and picked the lifeless hand pending forensic investigation. 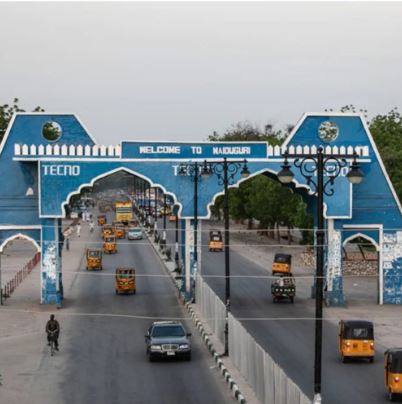 In what will come across as a really shocking development, a severed hand has been found in Kano State.

There was a heavy commotion at the post office area of Maiduguri on Monday as the severed hand of a young lady was found lifeless on the ground by spare parts dealers.

Since none of them could explain the appearance of the mysterious hand around the bank of the north area of the capital, some of the traders who sleep in their shops for security told our reporter that the assailants obviously did not kill the lady close by because they would have heard the shouts.

Men of the “Dandal” division of the Nigerian Police Borno Command quickly rushed to the area and picked the lifeless hand pending forensic investigation.

Attempts to get the police spokesman, Shatambaya was futile as at the time of filing this report as his phone was not reachable but a top cop in the Borno police command said they will need time to unravel the owner of the hand by locating the body if it has not been torn into pieces and buried.

Ritual killings used to be common sights during the general election in Nigeria as politicians’ source of power using spiritual means.

These rituals involve the use of vital body organs like the breasts of both sexes, heart, liver, private parts and any other parts declared wanted by the makers of their good luck or success charms.