The transport union leader announced her demise on Thursday, October 27 via Instagram, saying it was a big loss for his family. 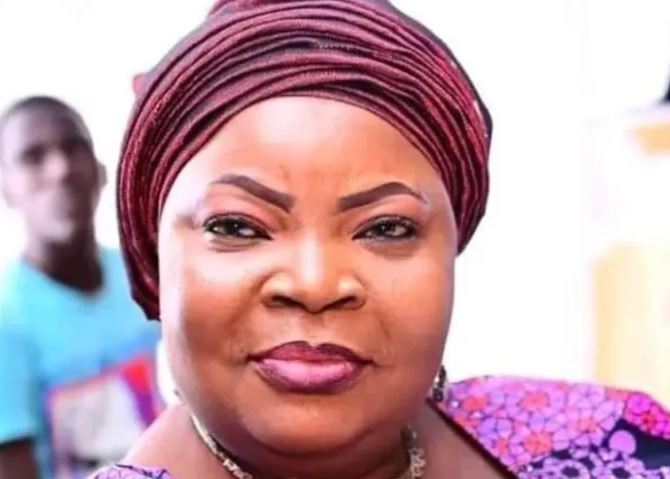 Musiliu Akinsanya aka MC Oluomo, the Chairman of  Lagos State Park and Garages Management is mourning the loss of his elder sister, Kibitiu Akinsanya.

The transport union leader announced her demise on Thursday, October 27 via Instagram, saying it was a big loss for his family.

“This life is indeed ephemeral!!! It is with deep sadness and heavy sense of loss that I painfully announce the passing of my beloved dearly elder sister and mother, Alh. Kibitiu Adunni Adenuga Akinsanya. The news of her death came to me as the rudest shock ever and I am still trying to process it,” MC Oluomo wrote in his post.

The former chairman of the National Union of Road Transport Workers (NURTW) Lagos State chapter said his sister has been playing the role of a mother for the entire family since they lost their mother, adding that she would be hard to replace.

“After the demise of our mother, Alhaja has been our mother figure, diligently working for the peace and progress of the entire family. Her void will be too large to fill and her place can never be replaced,” he wrote.

According to MC Oluomo, who escaped death in January 2019 after being stabbed at a rally to flag off the political campaign of the All Progressives Congress in Lagos, said he would take solace in the fact that his sister lived a beautiful life.

He did not reveal the cause of her death.

“As painful and shocking as her death is however, I take solace in the fact that she lived a fulfilled and beautiful life.

“She was buried today, in line with Islamic doctrine, at Biliaminu Akinsanya Street. Adieu beloved sister,” he wrote.