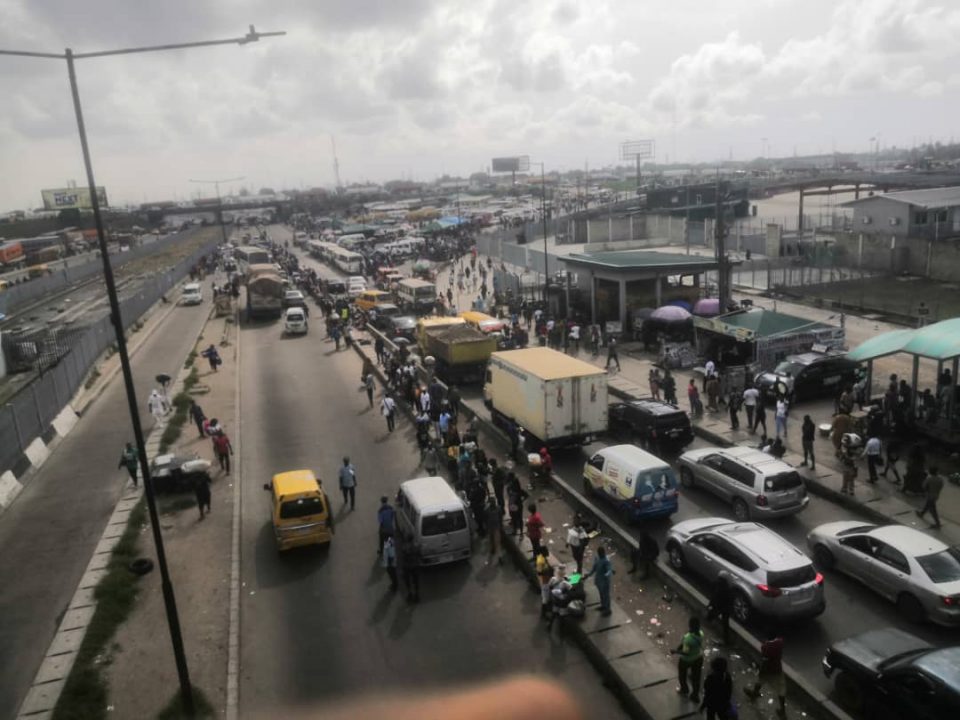 A meeting between the Lagos State Government representatives and striking members of the Joint Drivers Welfare Association of Nigeria has been postponed.
The meeting will now hold on Friday as strike continues, according to a report by Punch.
These were disclosed in a statement issued late Wednesday by JDWAN National Leader, Abiodun Akintade, some hours after the drivers’ meeting with the statement government, represented by the Permanent Secretary, Ministry of Transportation, Abdulhafiz Toriola.
According to JDWAN, representatives of the National Union of Road Transport Workers and the Road Transport Employers Association were reportedly around, “but left before our arrival.”
“We made our presentation on the situations that caused the strike and our demands. The government’s team feigned sympathy with us. They, however, said they wanted us to have both representatives of the NURTW and the RTEAN to also be in the negotiations so they could present their own sides of the story,” Akintade said in the statement.
“So, the meeting was adjourned till Friday by 12pm at the Alausa Secretariat,” he added.
The PUNCH reports that the Lagos drivers had on Monday, October 31, 2022, embarked on a seven-day warning strike to press home demands against extortions and harassments allegedly by members of the Lagos State Parks and Garages Management Committee.
The strike action has since caused inconveniences for commuters, who could not easily navigate through their daily routes from the first day of the strike.
JDWAN thanked the drivers “for steadfastness, loyalty, and dedication to this struggle for our freedom. We want them to be patient and keep on with the strike until the Friday meeting. By Friday, the strike would be five working days, and we are happy that we have been justified largely thus far,” the statement said.
“We want lagosians whom are our customers and commuters to bear with us as we all face the consequences of extortion. But we cannot be working like machines and few people would be eating like gluttons. How monkey dey work, and na baboons dey chop?! This must not continue!” the drivers lamented.
JDWAN also alleged that its members’ vehicles that were vandalised by the motor park thugs and were yet to be repaired,  adding that, “two of our members are still locked up at Morogbo Police Station (Area K Command, Badagry) without committing any crime. The officers in charge are mandating us to beg the Agberos before they can be released. We demand unconditional release of our members immediately.”
“We also want to say that we are amazed that representatives suddenly emerge from the NURTW and the RTEAN that has been banned in Lagos State. While JDWAN is not affiliated to both and our members are not official members of both unions, we call on the National Leadership of the NURTW and the RTEAN to publicly clarify our doubts,” Akintade added.
Top Stories