She recalled how her parents passed away six years ago, saying it would have been a proud day for them. 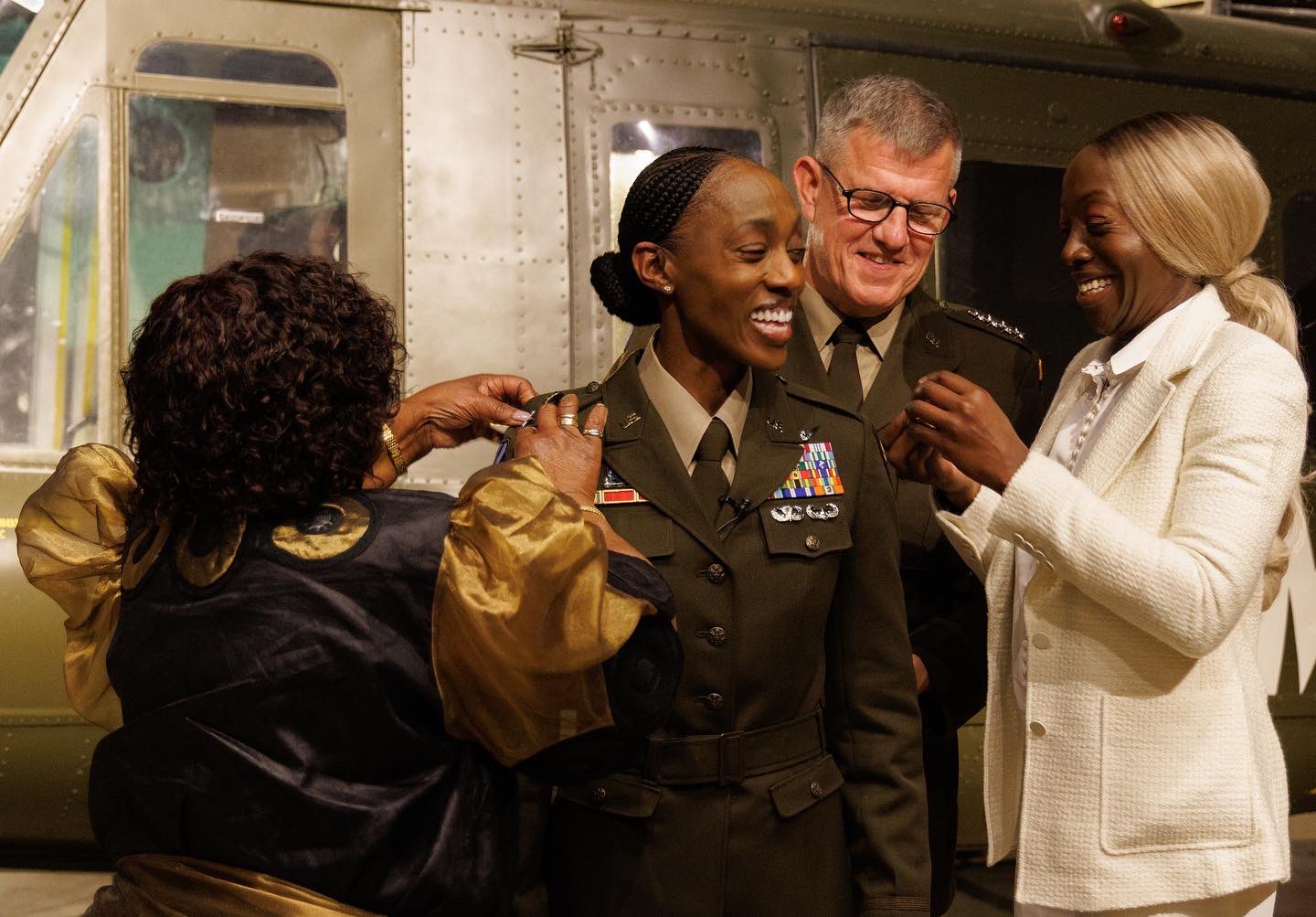 A Nigerian woman recently promoted to the rank of Brigadier General in the US Army has shared her story.
According to her, her family and faith in God played vital roles in her career.
She recalled how her parents passed away six years ago, saying it would have been a proud day for them.
Amanda Azubuike, a senior officer in the US Army, was recently promoted to the Brigadier General rank.
Amanda’s father and mother hail from Nigeria and Zimbabwe, respectively.
She was born in London, United Kingdom, and joined the military in 1994 and later became an aviator after passing the Army Aviation Officer Basic Course.
“My parents passed away in the last six years, this would have been a proud day for them. But I want to acknowledge my family members who were able to come and travel to be with me here today. Thank you all for coming and sharing this day with me.
“I have said before that you can learn alot about someone by their journey. So today I am going to share a little bit about my journey and how I got here, because I really never thought I would be here today. I believe my journey is a true testament to my family, my faith in God and also this great country that we live in. I think it is what my mother dreamt of when she left and decided to immigrate to this country years ago.
“I joined the US army even before I became a citizen, and I always knew this country was great, that it was worth fighting for. I am very proud of my heritage, my ethnic roots, we are proud to be an American,” she said.
See video below:

Originally from the UK, Amanda’s roots are African; a Nigerian father and Zimbabwean mother. She is indeed as she sometimes jokes the true African American! pic.twitter.com/qQ0tOkBOZU