Nwoko, who spoke to reporters in Asaba, Delta Capital, decried that Wike was being treated with levity by the PDP hierarchy, adding that he should be shown the way out of the party. 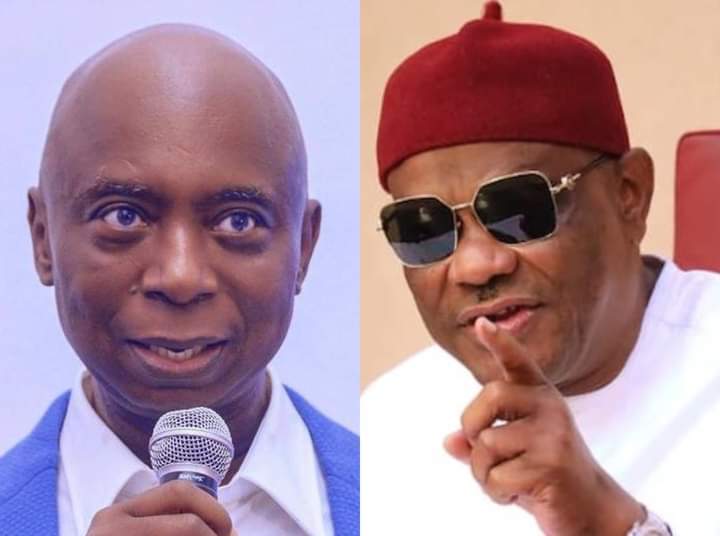 Peoples Democratic Party (PDP) Delta North senatorial candidate, Prince Ned Nwoko has called on the party to expel Rivers Governor, Nyesom Wike.
TheNation reported that Nwoke said Wike is a nuisance who has done the party a lot of damage.
Nwoko, who spoke to reporters in Asaba, Delta Capital, decried that Wike was being treated with levity by the PDP hierarchy, adding that he should be shown the way out of the party.
According to him: "Wike Is a nuisance, quote me anywhere. If I were the leader of the party, I would have acted differently. I would have done things differently. He has done a lot of damage to the PDP and I don't know what they are waiting for to show him the way out."
On his political ambition, Nwoko said he would do better than he did in the House of Representatives in 1999, adding that the hallmark of a good legislator is the ability to lobby.
" A good lawmaker is almost as good as someone with executive power. It is all about lobbying. Normally our focus is on the well-being of Nigeria. As a senator, I will be representing Nigeria whether you are in PDP, APC or Labour Party. It doesn't make any difference to me. If you look at the bills I sponsored when I was in the House of Representatives, it was all about the people. It was about the minimum wage, about the disability allowance and many others like that.
"Coming down to Delta, the Benin/Asaba road need to be resurfaced, we also need service stations along the way."
He said he would lobby for more dams to be built to check the menace of the flood.
Top Stories