The CBN claimed that some of the identified depositors were politicians, Bureau De Change operators, businessmen, real estate financiers, traders and others. 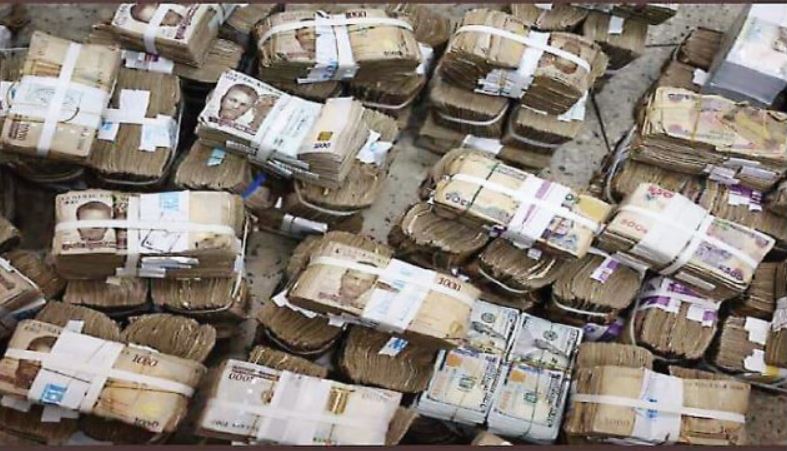 About N52 billion cash has been deposited in Nigerian banks barely two weeks after the announcement of plans by the Central Bank of Nigeria (CBN) to redesign some naira notes.

There were indications that the deposit sum may increase in the next few days because it is suspected that about N3 trillion cash was in circulation at the time the apex bank announced the policy.

The CBN claimed that some of the identified depositors were politicians, Bureau De Change operators, businessmen, real estate financiers, traders and others.

It was also learnt that the Economic and Financial Crimes Commission (EFCC) and other security agencies have directed banks to keep records of depositors, including institutions.

There were fears that the redesigning of some naira notes may affect cash haul during the ongoing 2023 campaign.

According to a reliable source, who was armed with facts and figures, security and intelligence agencies have confirmed huge cash deposits of N52 billion in banks in less than two weeks.

The source said some representatives of one of the agencies appeared before a Senate Committee on Tuesday in Abuja behind the curtains.

The source said: “As the cash was being taken to banks, we were getting the details of all the depositors and in some cases, we could trace the sources.

“As of Tuesday, over N52billion cash has been deposited in various banks. Some of the deposits have been traced to some politicians, Bureau De Change operators, suspected money launderers, middlemen, drug barons, businessmen and traders.

“All the banks have been directed by the EFCC and other anti-graft agencies to keep records of cash depositors and their KYC. They are also mandated to make the list available when required.

“With this directive, it will be easier to uncover currency hoarders, speculators and those sabotaging the nation’s economy.”

Responding to a question, the source said: “Some politicians, governors and suspected fronts of Politically Exposed Persons (PEPs) have been on the radar of some anti-graft agencies.

“Some state governments cannot pay salaries because the corrupt table payment system they have adopted is not practicable with the CBN directive.

“Apart from redesigning the notes, the CBN is also complementing the anti-graft agenda of the administration of President Muhammadu Buhari.

“We may be on our way to addressing basic issues compounding our anti-corruption campaign as a nation.”

On October 26, the CBN announced its decision to redesign the naira.

It cited significant hoarding of banknotes, worsening shortage of clean and fit banknotes, and increasing ease and risk of counterfeiting.

It added that over 85 per cent of the currency in circulation is outside the vaults of commercial banks.

CBN said as of the end of September, N2.73trillion out of the N3.23 trillion currencies in circulation was outside the vaults of commercial banks and supposedly held by the public.