The petition further accused officials of the NDDC of demanding bribes up to the tune of N2 million from job seekers to have their employment documented or have their slots sold to the highest bidders. 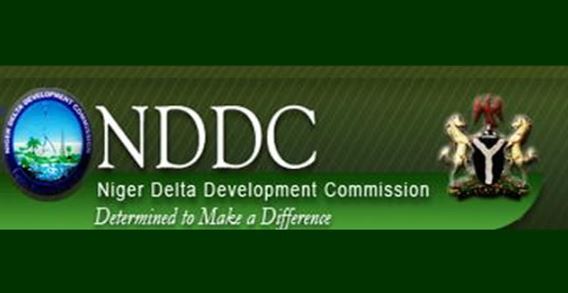 The Nigerian Senate through its Committee on Ethics, Privileges and Public Petitions has now called for a thorough investigation into this alleged racketeering.

The committee chairman, Senator Ayo Akinyelure, on Thursday, urged the Minister of Niger Delta Affairs, Umana Okon, to address the cases of employment racketeering in the NDDC, which were allegedly perpetrated during the regime of his immediate past predecessor.

He explained that there were a series of petitions before his panel by aggrieved job seekers from the oil-rich Niger Delta region of the country, alleging that the agency’s management did not allow them to carry out any documentation despite issuing them original letters of employment.

Akinyelure explained that one of the petitions, signed by a former deputy governor of Ondo State, Agboola Ajayi, specifically alleged that the employment in the NDDC was sold for various amounts depending on the financial strength of the applicant’s family.

The petition further accused officials of the NDDC of demanding bribes up to the tune of N2 million from job seekers to have their employment documented or have their slots sold to the highest bidders.

The Senate Committee had in October extended an invitation to the minister to come forward and provide explanations to the weighty allegations which included alleged plot to replace the erstwhile Sole Administrator, Effiong Akwa, a refusal to constitute the NDDC Board and attempts to withhold the budgets of the commission from 2021 to 2023 away from the scrutiny of the National Assembly.

Akinyelure said the Senate Committee met with the Minister behind closed doors and was pleased with his submissions on all the allegations leveled against him clearing Umana of any wrongdoing in the alleged job racketeering.

The panel also exonerated the minister of all allegations contained in a separate petition that accused him of plotting to siphon N480 billion NDDC funds lodged with the Central Bank of Nigeria.

The senator said, “The former management of the NDDC carried out a lot of atrocities in that commission and our committee has advised Umana Umana and the new managing director to go deep and review all the issues.

“Cases of Nigerians that had been shortchanged and disenfranchised from working in the agency of government should be given employment immediately.

“There are original employment letters before our committee. Many letters were issued to qualified Nigerians after they had passed both written and oral interviews but they were not allowed to resume.

“We have their petitions before us and the man from the NDDC that testified before the committee that the letters were genuine, was later sacked by the management.

“There were massive cases of employment racketeering in the NDDC. Those who have genuine letters were not documented because they were asked to go and pay money that they could not afford.”

He added, “Those who were perpetrating the illegality would now sell the employment to those who didn’t participate in any interview at all. They are already working there now.

“There are about seven cases from Ondo State whose issues were brought before our committee by a former governor of Ondo State, Agboola Ajayi, in a petition he wrote over a year ago.

“We invited the immediate past Minister of the Niger Delta Affairs to explain what was happening in the agency but he didn’t come.”

Akinyelure said the current Minister had described as untrue the allegation that he approved the disengagement of some workers. He explained that the Minister had already denied the allegation of the sacking of 100 NDDC workers by him upon resumption of office when he appeared before his panel.

The senator, however, said the Minister should redress the anomaly as soon as the board of the NDDC was inaugurated after confirmation of its members by the Senate.