Social media users criticised the player for performing the “siuu” celebration while Cristiano Ronaldo was on the sideline. 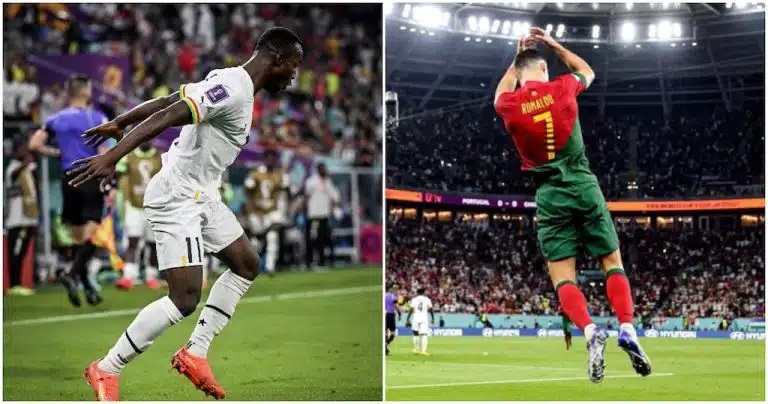 Ghanaian midfielder, Osman Bukari has clarified that his siuu celebration was not done to disrespect Cristiano Ronaldo.
The 23-year-old spoke following criticisms on social media.
Explaining why he chose to imitate the famous Cristiano Ronaldo “Siuuu” celebration in front of his idol during the opening Group H match between Ghana and Portugal., he wrote via his Twitter, “I have noticed my celebration today has generated comments claiming I was disrespectful towards Ronaldo. This is incorrect. I was overcome by the emotion of the moment of scoring for my country on my World Cup debut leading to my celebration.”
“My upbringing doesn’t permit me to be disrespectful to elders let alone one of my idols. Thanks for your support and we focus on our next game!,” he added.
After scoring from the penalty spot and celebrating in style, Ronaldo’s lead only lasted seven minutes before the Black Stars’ Andre Ayew equalised the score.
Before Ghana’s Bukari scored a consolation goal, the 2016 European champions scored two goals in short succession via Joao Felix and Rafael Leao.
Top Stories