It has been reported that contractors are on the ground ensuring the installation of the cameras on each rail coach. 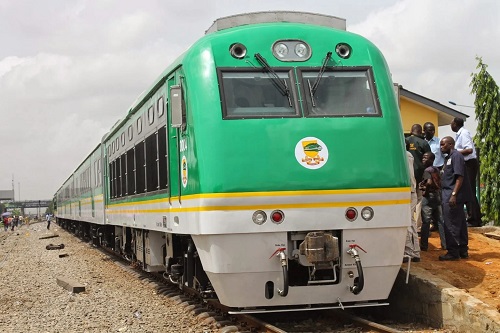 The Federal Government has contracted a company to install Closed-Circuit Television (CCTV) cameras on the Idu rail station train coaches, Punch has reported.
Punch stated that a source at the rail station confirmed the news yesterday as contractors are on the ground ensuring the installation of the cameras on each rail coach.
The CCTV installation is coming following the postponement of the Abuja-Kaduna rail services.
The Minister of Transportation, Mu’azu Sambo, announced earlier that the train services halted since March after terrorists attacked and abducted passengers on the Abuja-Kaduna train would resume in a few days.
Meanwhile, reports emerged last week that some contractors were at the Idu rail station to install the cameras and trackers but couldn’t install them.
However, journalists who were at the site reported on Tuesday that two of the initial three cameras were fixed at the Idu station. It was also observed that people assumed to be contractors are busy installing the cameras on the coaches.
“However, the stations’ surroundings were still filled with dry grass,” a situation report says.
“They are mounting the DMU on the other side. They are fixing three cameras on each coach, making it six. There used to be four cameras on each coach but they put three there – two cameras by the side and one at the center,” a source within the Idu rail station told THE PUNCH.
However, the spokesperson of the Nigerian Railway Corporation, Yakubu Mahmood, could not confirm the development when the news platform contacted him as of the reporting time.
Top Stories