Wike disclosed this on Tuesday at the inauguration of Rukpokwu-Rumuapu-Izo-Ogbodo Igwuruta Link Road in Obio-Akpor Local Government Area on Tuesday. 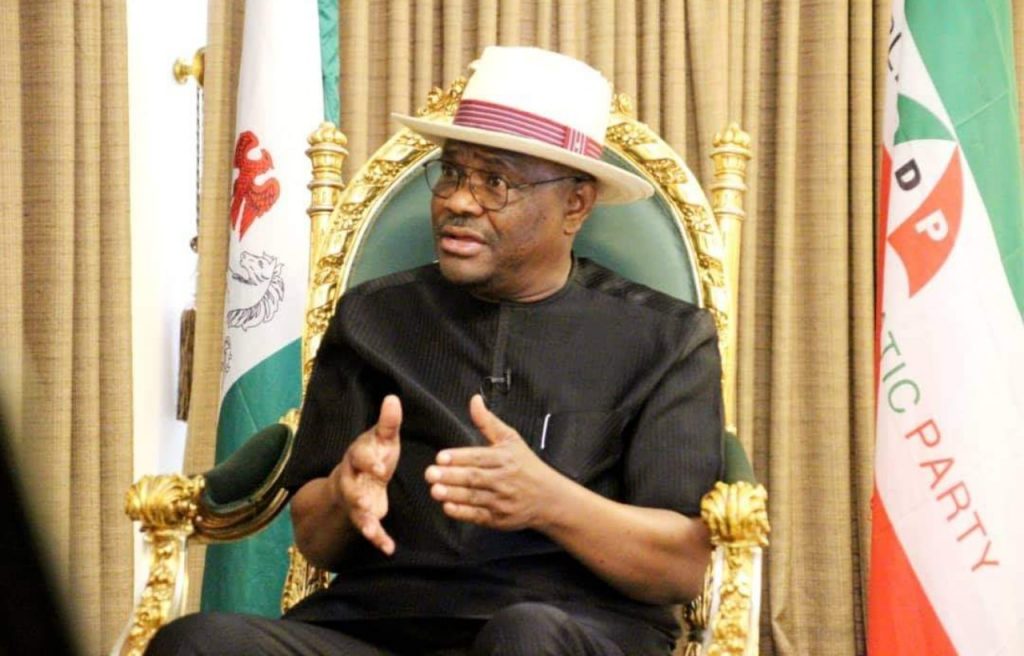 Nyesom Wike, the Rivers State governor, has talked about the 2023 general elections.

The governor urged residents of the state to vote the Peoples Democratic Party candidates for most positions, except the party’s presidential candidate, in the forthcoming general elections.
Wike also requested them to wait until he reveals where they would be casting their vote for the presidential election.
He disclosed this on Tuesday during the commissioning of the Rukpoku-Rumuapu-Izo-Ogbodo-Ogwuruta in the Obio/Akpor Local Government Area of the State.
Recall that Wike and the other four governors of the PDP had fallen out with the party’s presidential candidate, Atiku Abubakar, over the retention of Iyorchia Ayu as the National Chairman.
“You will vote for the party that has worked for you.
“You know those you will vote for – vote for our Gubernatorial candidate, vote for our House of Representatives, vote for our senatorial candidate, vote for our House of assembly candidates.
“Those we have mentioned now, make sure you vote for them. For the other one (presidential election), we will meet at our houses very soon and decide where we are going.”
Top Stories