The building, a duplex, which was constructed in the Executive Business District area of Awka, near the abandoned government house was demolished on Wednesday. 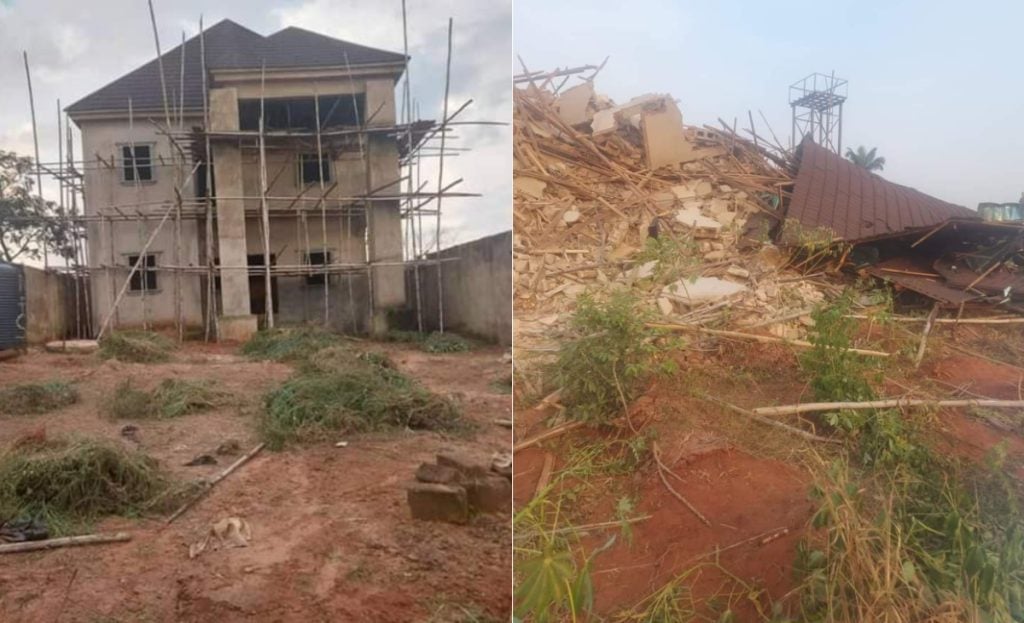 The newly constructed house of a human rights activist, Mr Osita Obi has been demolished by the Anambra State Government.

The building, a duplex, which was constructed in the Executive Business District area of Awka, near the abandoned government house was demolished on Wednesday.

Obi who raised the alarm over the destruction stated that he was pained because he was not even told of the intended destruction so he could take away some needed items in the house.

He told journalists: “My pain is not that the house was demolished, after all, government once told us that the area had been acquired by it and that the houses built there will be demolished.

“My pain is that when they wanted to demolish it, they didn’t as little as notify us so that we can remove some useful items in the house. My wife has been in tears since after the demolition. She has been crying ceaselessly.

“I have heard that government has said it will pay us compensation as it was captured in the 2023 Appropriation Bill, but if they notified us, it would have helped us bear the shock of the demolition.

“That house was built by my wife, even one Kobo of mine did not go into it. My wife is a retiree from a federal government agency, and she used her life saving and retirement fund to buy the land and also construct the building. The land was very legally acquired, and even my building plan was approved by government.

“Now they are telling me they will pay compensation, do they want to kill my wife so that I will use the money they will pay me to bury her?” he asked rhetorically.

It was, however, learnt that Awka Capital Territory Development Agency has reached out to the activist, assuring him that he will get compensation for the demolished building.

Comrade Osita Obi, the coordinator of Anambra Keke and Shuttle Drivers Union has been at the forefront of championing the cause of tricycle riders in the state, including engaging government, for the reduction of taxes paid by the operators.

He was formerly the coordinator of the Movement for the Conduct of Local Government Election in Anambra State and held the Peter Obi and Willie Obiano administrations by the jugular over the non-conduct of local government elections in the state.