The three accused were arrested from the Wagle Estate area opposite a popular shopping mall by officers of the Thane Crime Branch Unit-5 on Saturday, December 24, 2022. 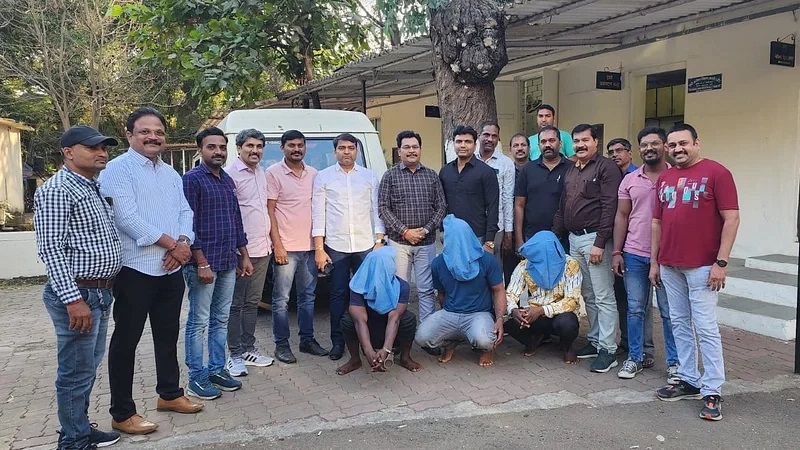 Security operatives in India have apprehended three Nigerian nationals in Thane, Maharashtra.
The suspects were arrested for alleged unlawful possession of narcotics.
The three accused were arrested from the Wagle Estate area opposite a popular shopping mall by officers of the Thane Crime Branch Unit-5 on Saturday, December 24, 2022.
The police seized 60gm cocaine and 70gm of Mephedrone commonly known as MD collectively worth Rs 27 lakh from the suspects.
Other items like mobiles, passport and visa were recovered from the suspects during the arrest.
The three accused arrested are; Obasi alias Mago Eugene Stanley (45) a resident of Nalasopara in Palghar district Praspar Okro Wachuku (44) a resident of Mira-Road  and Sunday Boateng (25) a resident of Malad.
"The three arrested accused planned to sell the narcotics but they were intercepted by the police and were arrested," Vikas Ghodke, senior police inspector, Thane Crime Branch Unit-5 said.
"They have been booked under Sections 8 (C), 21 (B) and 29 of the NDPS Act. As during the Christmas and New Year the demands for the drugs rise and the reason the Nigerians sell those drugs for the parties. We are investigating whether the three Nigerians had brought the drugs for sale for the New Year.
"We have also appealed to the concerned citizens to report about the sale of drugs in any parts of the Thane city to us on a priority basis."
Top Stories