A trending video showed the officer being tortured by the gunmen after she was abducted in her hometown, Ihube. 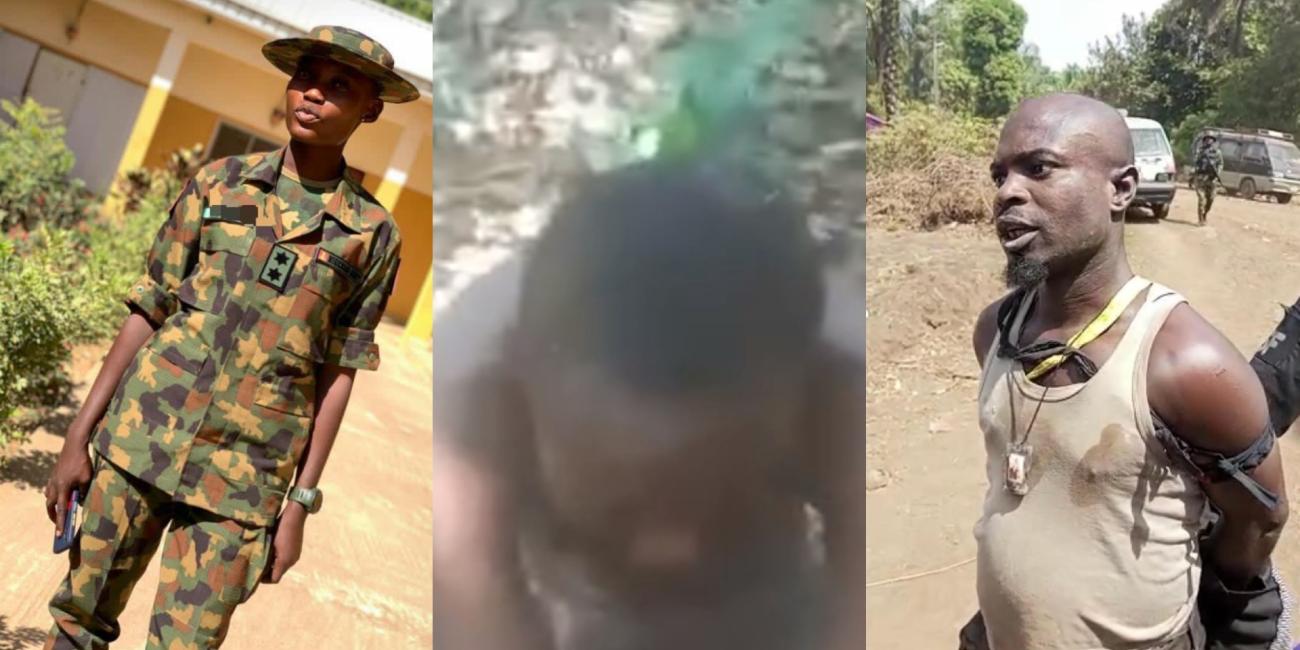 A female Lieutenant, P. P. Johnson who was abducted by unknown gunmen terrorising the South-East part of the country, has been rescued by the Nigerian Army.

A trending video showed the officer being tortured by the gunmen after she was abducted in her hometown, Ihube.

She was said to have travelled to her hometown for the Yuletide season.

“She was just conferred with the rank of Lieutenant in the Nigerian Army. She passed out on December 17 after being commissioned from the Direct Short Service Course,” a military source said.

“She was kidnapped at her home in Ibube. She travelled home for the Yuletide celebration.”

In the clip obtained by SaharaReporters, one of the unknown gunmen was heard threatening to kill the officer for being a member of the Nigerian Army.

He also warned youths against joining the military and other security agencies.

“This is a wonderful (sic) information for the whole of our people that are still in the military, that’s how all of you will be dying one after the other,” he was heard saying.

“Here it’s happening life in Enugu, today being 26th of December 2022, it’s happening live and direct, a Lieutenant, two star in military. We will fight against our enemies, for those of you that still remain in service, we will take you one after the other.

“This is unknown gunmen. What we are after is Biafra, we have nothing to do with IPOB. Say bye-bye to your fellow soldiers, say bye-bye to this life.”

The officer was stripped n*ked and her hands and legs were tied. She was seated on the ground in a bushy area.

A military signal obtained by SaharaReporters on Thursday revealed that the Lieutenant has been rescued.

The mastermind of the abduction was also arrested by the troops.

“At about 1420hrs on 29 Dec 22, security forces rescued Lt PP Johnson who was abducted by gunmen and taken to a forest bordering Enugu State and Ihube in Okigwe LGA Imo State on 26 Dec 22,” the signal read.

“The master minder (sic) of the kidnap has also been arrested by security forces while efforts are ongoing to arrest the others. The situation is still being monitored at the moment. Video attached.”

You Have Lost Votes Because Of Regina – Actor, Maduagwu Blasts Ned Nwoko Over $100k Gift to Wife
Popular Stories

Man To Receive Five Strokes Of Cane For Stealing Dates