Julius, who disclosed this on a Christian Facebook group on Tuesday, January 10, 2023, said he ended his previous relationship because he and his ex-girlfriend don't share the same opinion on premarital s3x. 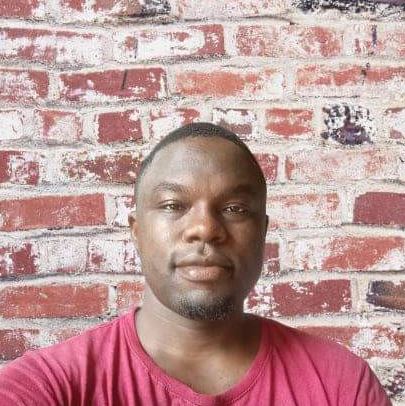 A Nigerian man identified as Julius Chinagorom Chukwu has disclosed that he is a virgin and has no regrets.

Julius, who disclosed this on a Christian Facebook group on Tuesday, January 10, 2023, said he ended his previous relationship because he and his ex-girlfriend don't share the same opinion on premarital s3x.

"Some ladies don't believe us because we are male (no blood or hymen to proof), cos some of us are handsome and unbelievable to be, they think we are impotent or would have premature ejaculation....which are all lies.

It is conditioning of mindset. It is not as if we don't have er3ction or s3xual urge....we do very well. Sometimes my morning er3ction stays too long that I have to take a very cold shower and play gospel song to calm down the tension.

in my previous relationship I had to prove a point to let her know I am not impotent and not naive to romance(she was surprised of how good I am yet avoided penetration). I had to end the relationship cos we are not compatible mentally especially on premarital s3x.

Aside fear of STI, STD, HIV, unwanted pregnancy etc, there are benefits I have experienced as a virgin.

I am physically strong and resilient and determined for my mental state is wired to focus as well as my neural system on a well performing state.

Spiritually, my subconsciousness and consciousness is heightened. I get informed through dreams or gut feeling cos my instinct is stirred and at alert.

Since I was encouraged by a corp member who was super handsome and brilliant in my secondary school days, I have kept to that principle realizing that God want this for my good and I shouldn't care what any human will say or perceive it as cos I don't just believe but know the value attached. So, God is not an author of confusion to tell us to keep ourselves for the right time.

He made this body. He didn't just speak words to create it. HE MOULDED AND PUT IN A SPARK OF HIMSELF for us to function above every other animal but the foolishness of man tend to deceive him that he is wiser.

If you're still keep up the good job but don't possess a terrible character because the self-control supposed to better your attitude towards your fellow and nature in general.

If you're not, you can still turn to celibacy so your body system will regenerate to its maximum performance and attract the supposed aura for your good. It is not for someone else but for you.'' 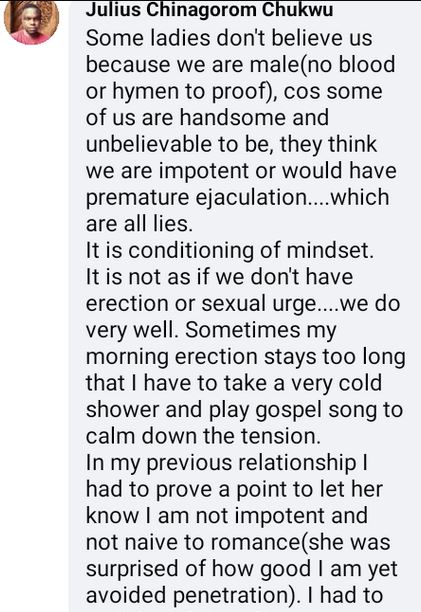 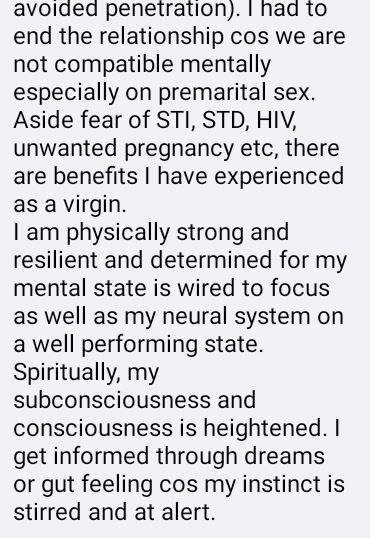 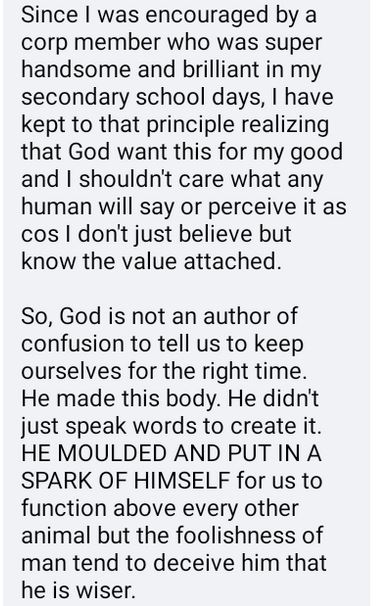 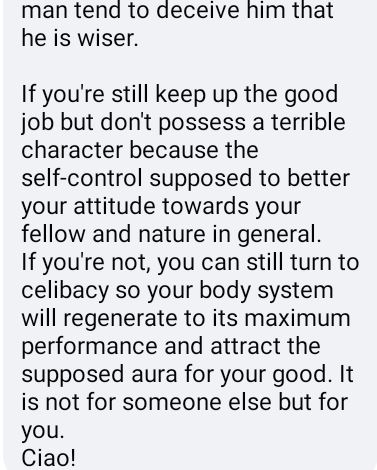 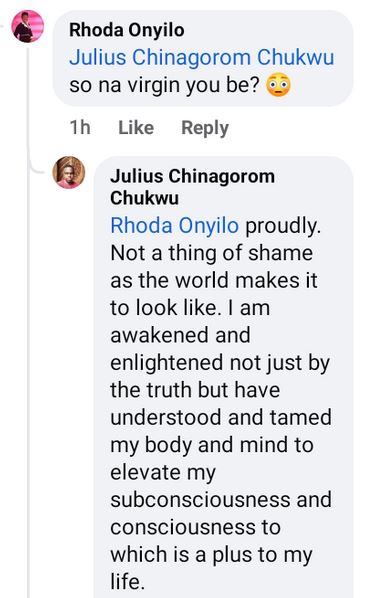 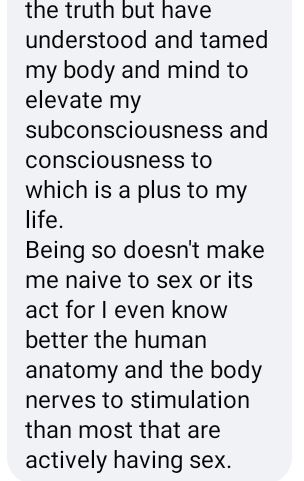