The actors under the aegis of their umbrella body, Actors Guild of Nigeria, AGN, made this call while vehemently condemning the ex-fiance’s action. 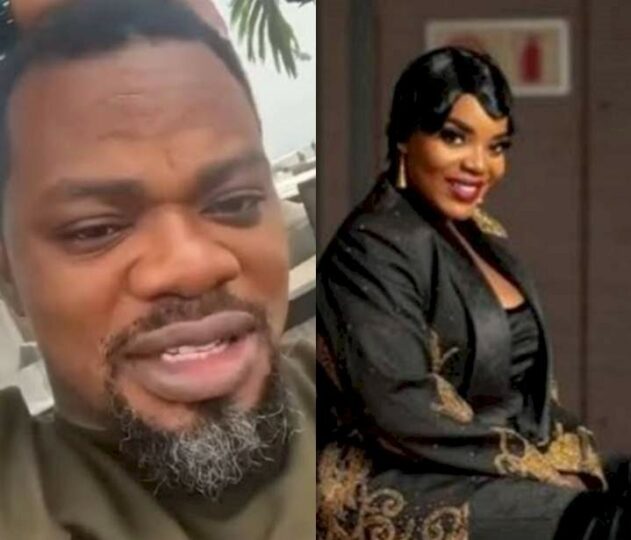 The actors under the aegis of their umbrella body, Actors Guild of Nigeria, AGN, made this call while vehemently condemning the ex-fiance’s action in a statement released by the National President of the guild, Ejezie Emeka Rollas.

“We call on the law enforcement agents to apprehend the culprit and ensure he faces the full wrath of the law for violating the right and dignity of Empress Njamah.

“This act of blackmail calculated to smear the image and publicly ridicule her by a man who claimed to be her lover is not only criminal but also evil and unacceptable,” the statement read.

The Association further said it stands with Empress Njamah on this and shall provide full support in areas of counselling to help her recover from the psychological and emotional trauma she is currently passing through.

It also urged her fans to give her their full support at this time, adding that “she will come through this stronger and better.”

“We have been in forefront of a campaign of violence against women and we view the action of this so-called evil lover man as an act targeted at eroding her dignity and self-respect,” the statement read in part.

However, Wade had earlier denied releasing the n*de videos. In a video he shared on social media, the estranged ex-fiance claimed he wasn’t the one who shared the n*de videos of Empress Njamah as earlier reported.

He said, “Hello, hope you guys are okay today. I am also trying to be okay as soon as possible, till then we have to go through this together.

“I feel the pain and everything, but I want you guys to understand, I’m not behind the shit that has happened.”

Recall that it had earlier been reported that Wade created a WhatsApp group where he added multiple people, including bloggers and began posting the actress’ n*de videos, including the visual showing the actress taking her bath.