A devastating flood that swept away homes in many parts of the country last year not only destroyed their properties but also their vital documents, including their permanent voter cards. 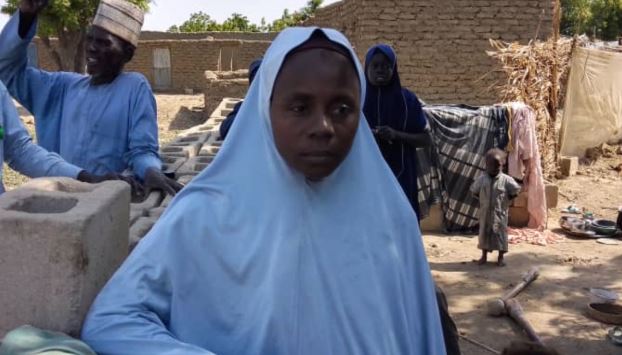 Only about a few weeks to Nigeria’s general elections, many residents of Katagum local government area of Bauchi State who voted in previous elections are still uncertain about exercising their voting rights this time around, according to a report by SaharaReporters.

Their possible disfranchisement is not of their making. A devastating flood that swept away homes in many parts of the country last year not only destroyed their properties but also their vital documents, including their permanent voter cards.

No eligible voter can vote without PVC, according to the Independent National Electoral Commission. Hence, those who had registered but have either lost their voter card or never collected it from INEC cannot vote during the 2023 general elections.

While the people of Katagum struggle to recover from the devasting flood, many of them are following the current political campaigns with dismay as their hope of casting their ballots is dashed.

“I lost my PVC to the flood,” said Adamu Bulama Gara who lives in Gara in Katagun. “Five other members of my household are without their cards despite obtaining and guarding them since 2019.”

WikkiTimes gathered that more than 120 people in Gara could not trace the whereabouts of their PVCs after the flood. They complained that INEC had not made alternative arrangements for them to participate in the elections.

“It is painful to watch others elect leaders for your country,” Adamu Bulama Gara said. “They might not elect the candidates you wanted. Everybody has their preferred candidates in mind. This is even more so in this dispensation. We want to vote for competent leaders who will secure our lives with a shelter to sleep under and food on the table.”

INEC, however, declined to comment on the fate of those who lost their voter cards to the flood.

The INEC spokesperson in Bauchi declined to respond to multiple requests for comment by WikkiTimes.

In Gamawa local government, many inhabitants in Kore and Kubdiya who were hardest hit by the flood are pleading for alternative arrangements for them to cast their ballots after losing their PVC.

Gamawa is surrounded by River Jama’are which flows from mountains in Plateau State and Hadeja River in Jigawa State flowing from Kano State alluvial plains that support all year-round farming activities.

A large percentage of the residents of Kore who are of voting age lost their PVC to the flood.

Hauwa’u Abdullahi, 30, whose thatch house was swept away in the flood has given up hope of voting in the general elections.

“At the height of the flood, no one thought of their PVCs because the trauma was so tense at that time,” she told WikkiTimes.

“Initially, we had our PVCs but cannot find them now. Three of us in the house have no cards to vote in this year’s general elections,” she added.

“INEC should consider us by making a special provision to accommodate exigencies of our type,” said Furera Idi, a 25-year-old resident of Kore.

Villagers from Kore ward in Gamawa have been pleading to their councillor Sarki Garba to intervene on the matter.

Garba told WikkiTimes that at least nine persons complain to him almost every day about their missing voter cards with the hope that he could find the solution for them to cast their ballots.

“I took up their complaints, but nothing was done in response to the cries yet,” Garba said. “Our hopes remain as high as ever,” he added.

A lecturer with Sa’adu Zungur University Gadau, Dr Adamu Wunti opined that INEC ought to consider replacing PVCs for flood victims, adding it does not amount to new enrolment.

“This is an emergency. It is a crisis situation where some people were involved in a natural disaster. The 2023 Electoral Act is explicit about PVC and temporary cards. It is only those in possession of PVC are allowed to cast votes.

“Since we have challenges and this is a challenge that was not planned for, this is a period when there is a need for a concession on the side of INEC. The original PVCs of flood victims can be reproduced for them to enable take part in the elections,” he said.