The incident which occurred on Sunday forced many passengers to be stranded. 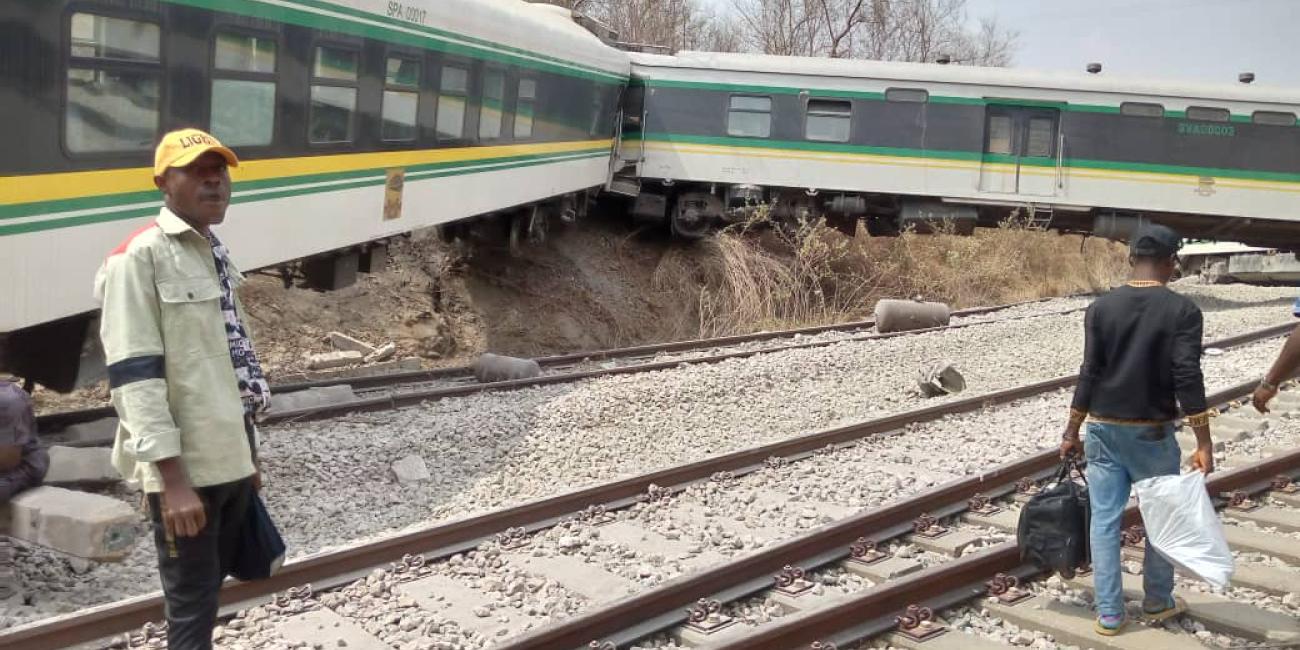 A video showing the moment a train plying the Warri-Itakpe route derailed in Kogi state has surfaced online.
We had earlier reported that the incident happened on Sunday, forcing many passengers to be stranded.
Engr. Sanni Abdulganiyu, Coordinator of the Warri-Itakpe Train Service of the Nigerian Railway Corporation (NRC), confirmed the accident in a statement.
He said, “The Warri Itakpe Train Service WITS 01 derailed at km 30 Ajaokuta-Itakpe section of the track at About  12:30hrs of Sunday 22nd January 2023.
“Thankfully, there was no fatality and no casualty. We were immediately alerted and security personnel comprising the; Army, Police, NSCDC, and the community vigilante were immediately drafted to the accident point with the assistance of the Local government Chairman.
“All the 148 passengers and 30 crew members were evacuated to a safe place and arrangements were made to convey 148 passengers to their various destinations and they have been successfully conveyed.
“The cause of the derailment is not yet determined. Due to this incident, the service along the corridor has been suspended. Further details would be communicated to members of the public.
“Repair and operation will resume as soon as possible.”
Watch video below: