Horror! Young Man Drowns After Falling Into The Sea While Posing For Photos


In what will come across as a really shocking development, a young man has drowned after falling inside the sea while posing for photos. 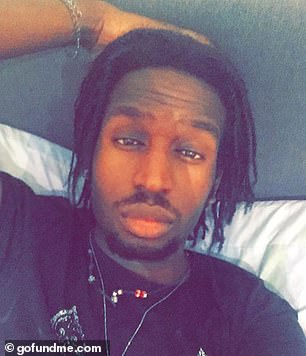 A British man drowned after he fell into the sea while posing for a photograph on the waterfront in the south of France.

Faerez Bagna, 27, suffered cardiac arrest when he plunged into the water off the beach of Carras on the Promenade des Anglais in Nice, France.

The nightclub worker, from Kensington, west London, was posing for a snap for a friend on September 29 when the tragedy happened.

His family claim they were told of his death by an 'unsympathetic' text message two weeks after he died.

His sister, Mella Sanders, who set up a GoFundMe page to raise money for his funeral and repatriation, say they are 'devastated' by the news of his death, describing him as 'passionate' and 'caring'.

Mr Bagna had posted photos on his Instagram at central London nightclub Forge, where he worked as a bartender and entertainer at its champagne tower events.

She said: 'On the October 13 we received horrific news via text, unsympathetically stating that our brother had drowned in the sea of Nice.

'We later found out that he had died two weeks before hand on the September 29.

'We still don't know the full story and are piecing together most of it from what we can find online.

'This is absolutely devastating, more so than it needs to be.' 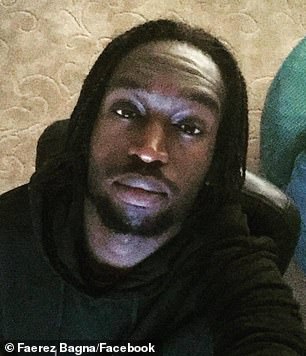 Local reports claim firefighters were alerted at 2.50pm to rescue a man in difficulty.

His body was reportedly recovered several meters from the shore after he fell into the water, according France Bleu.

His sister added: 'This is absolutely devastating, more so than it needs to be.'

'All we long for is to find out what happened, and to bring him home so his family and friends can mourn him properly.

'And he can rest in peace surrounded by his loved ones, not in different country, all alone.

'All who met Faerez will know how loving, passionate and caring he was about every single thing he did in his life.

'There wasn't a moment that he wasn't there for people. Now is our time to be there for him.'

The Foreign and Commonwealth Office said that Mr Bagna's family had not sought consular assistance.