Oh No! Father And Daughter Die After Their Small Plane Crashed Off The Runway


A father and his little daughter have died a painful death after their small plane crashed. 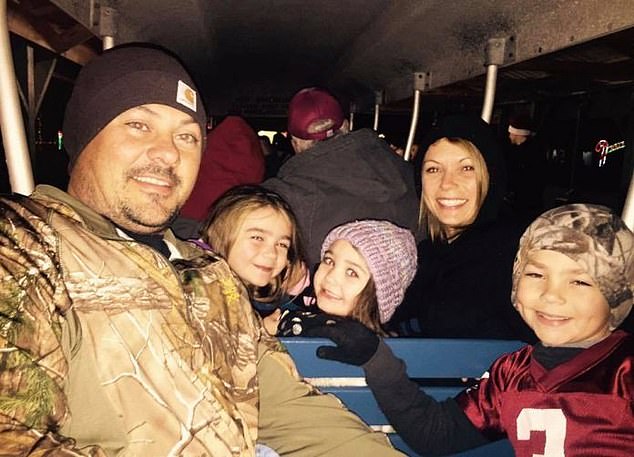 Tyler Wesley Walker, 40, (left) and Brooklyn Walker, ten, (left center) from Vinemont, Alabama,
were killed when the plane veered off of the runway as they were taking off
A father and his ten-year-old daughter have died after their small aircraft crashed off the runway during take off, according to Dailymail.
Tyler Wesley Walker, 40, and Brooklyn Walker, ten, from Vinemont, Alabama, were killed when the plane veered off of the runway onto a grassy area as they were taking off.
The incident occurred at Cullman Regional Airport-Folsom Field in Vinemont, central Alabama, between 12.30pm and 1pm Sunday, authorities say.
It involved a Vans RV-6 plane that crashed at the end of a runway during departure.
The cause of the incident is not yet known, with National Transportation Safety Board  (NTSB) investigators expected to attend the scene today.
Cullman County Sheriff's Office, Cullman County EMA, and Vinemont Fire Department are assisting in the investigation.
According to reports from Cullman Daily News, Mr Walker, who was a keen pilot of an RV-6, and his daughter, who was a fifth grader at East Elementary, 'loved to fly' and 'both lived life to the fullest'.
The father-of-three had two daughters and son with wife Michelle Walker.
Airport General Manager Ben Harrison told Al.com: 'It's a very sad day for everyone here and everyone in the flying community.
'We have a very small flying community here and pretty much everybody knows everyone else flying in and out.'
Speaking about the investigation he said: 'All the agencies did what they were supposed to do,
'This plan went together as we thought it would.'
The Federal Aviation Administration (FAA) and NTSB have been notified of the incident.
According to FlightAware data, four planes were scheduled to take off and land at the airport on Sunday. All four planes were single-engine and privately owned.
The runway has since re-opened.
Cullman is located roughly 50 miles north of Birmingham, Alabama.
Top Stories