The Economic and Financial Crimes Commission has arrested some suspected fraudsters in Imo state. 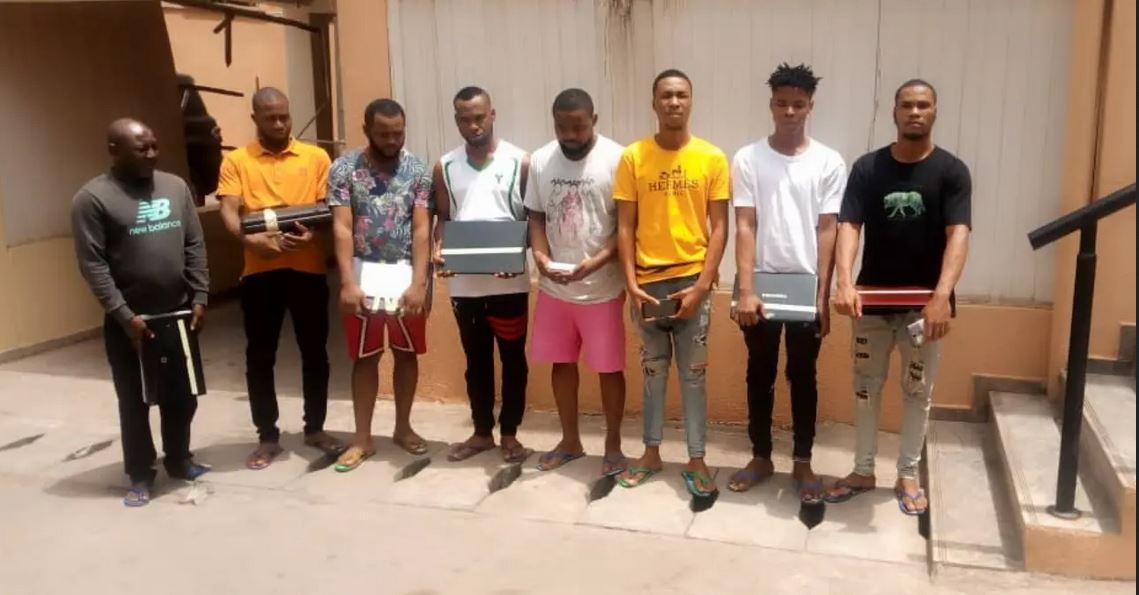 DAILY POST learnt that the suspects were rounded up by the operatives of the Advance Fee Fraud Section, AFF of the Zone following an intelligence report on the illegal activities of suspected cybercriminals in and around Owerri city.

EFCC acting spokesman, Tony Orilade disclosed this in a statement in Abuja.

He added, “Several Smartphones of different models, laptop and two motor vehicles were recovered from the suspects during the operation.

Orilade said the sus[epects will soon be arraigned in court.