A man has lamented asking for help after his girlfriend was arrested following the death of a customer in her shop. 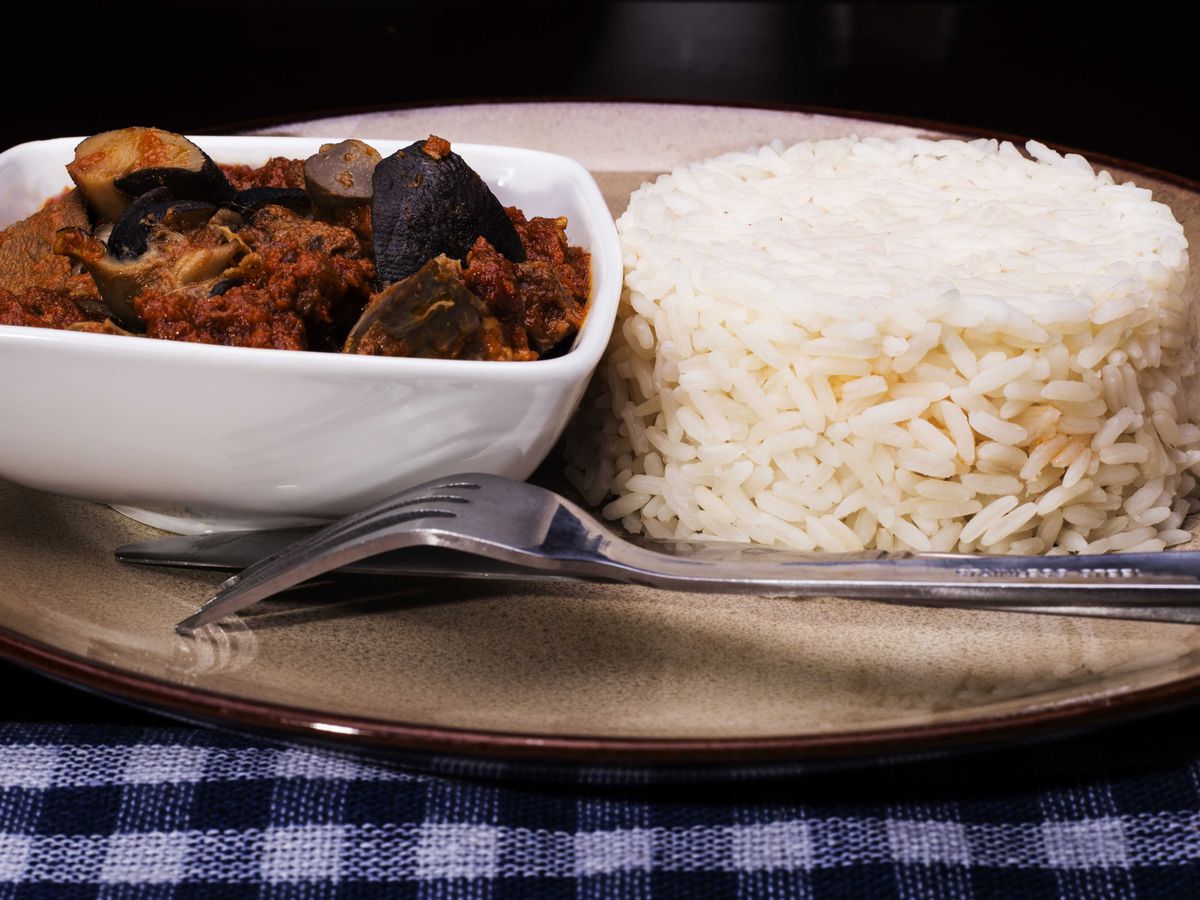 Food
A man has cried out for help after his girlfriend who owns a restaurant was arrested by the police.
According to the man, she was arrested because a sick customer died in the restaurant after eating food.
He added that the same food was consumed by many other people with nothing happening to them.
In his own words:
"Sometime ago last year, I gave my girlfriend some money to startup a restaurant business and she has been managing it well without issues.
She was doing so well that in no short time the business expanded, clean working and classy looking environment. Her workers were quite trained and they were neat as regards the preparation of the food they sell.
Trouble started last week. I got a frantic call from one of my Girlfriend's workers and she told me my babe got arrested by the police with some of her workers, she was the only one who eluded them.
I quickly rushed down to meet up with her as she wasn't coherent on phone. Getting there, she told me that earlier that day one of their regular customer came in to eat. According to her, the guy looked sick. He went on to ask for swallow and they served him.
Midway into his meal, this guy brought out some drugs to take and then he finished his meal. Table was cleared but the guy remained seated. Then few minutes later, he was observed to have laid his head on the table, eyes closed and they thought he was sleeping, not knowing the guy has passed off.
After like 30 minutes, one of my babe's worker decided to wake him to leave so that other customers could make use of his chair as everywhere was filled up. She raised the alarm when she tried to wake him and he was not responding. The guy was quickly rushed to a nearby hospital where he was pronounced dead.
Two hours later, my Girlfriend's restaurant was raided by the police on the suspicion that he poisoned the guy. All the food she cooked that day were seized and taken away for testing. And she and her workers have been in jail since and all efforts to see her has been unsuccessful. They won't let me see her and they won't tell me the results of their investigations so far.
I just don't know what to do. The food they claimed was poisoned was served to others and no one complained of even stomach pains not to speak of dying. I even ate from the food earlier that morning.
The way the whole case is going is so confusing and murky and it seems the guys family are well of and they are looking for someone to blame, innocent or not.
So guys, please what do I do? My girlfriend is all alone, no notable family to speak of, who could come out to help. Her parents are late and she isn't close to her relatives. I'm all she's got."
Top Stories