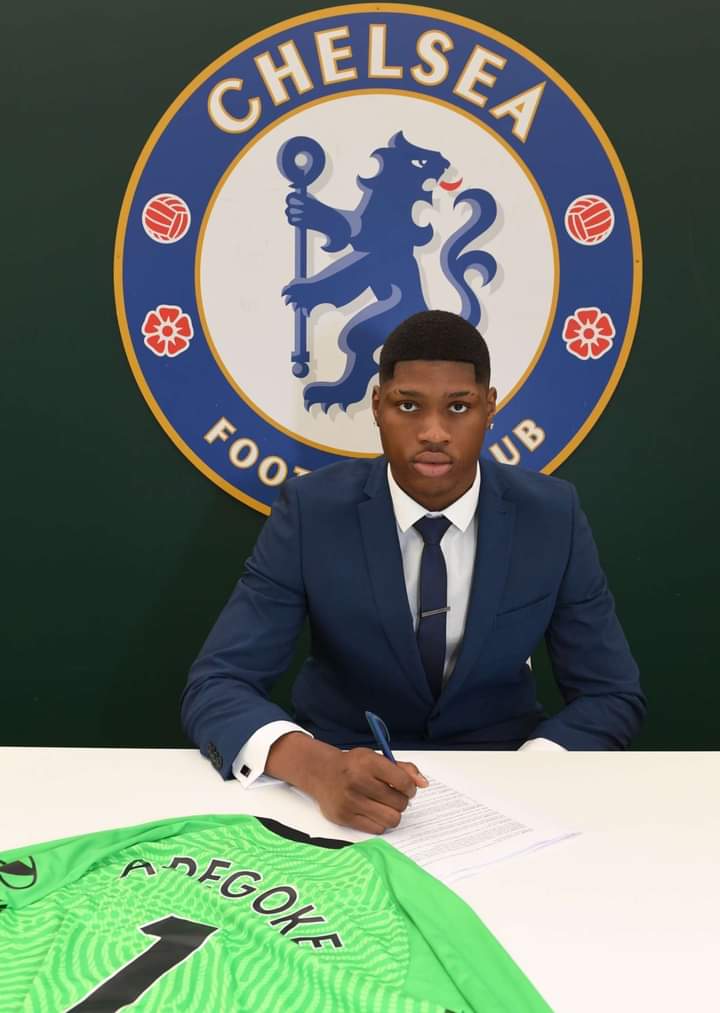 Adegoke
Chelsea FC has signed a young Nigerian footballer.
The London-based Premier League giant signed 17-year-old Nigerian goalkeeper, Prince Adegoke Adegoke.
Born in Farnborough, England in 2003, Adegoke was first signed to Chelsea, although locally, as an Under-13 goalkeeper at the Chelsea Football Academy.
During his years at the Academy, the very tall goalkeeper featured on the bench in the FA Youth Cup last season and has been involved with the Under-18s on a number of occasions. Adegoke has been part of the full-time school programme at the Academy.Adegoke: a Nigerian goalkeeper at Chelsea
In November 2020, Adegoke signed his first professional contract with Chelsea football club but was made official on 11th February 2021. His 3-year contract with Chelsea keeps him a Blue at Stamford Bridge until 2023.Adegoke: a Nigerian goalkeeper at Chelsea
The young star has now taken to his official Twitter page to express his happiness and gratitude for signing his first professional football contract.
However, as at the time of filing this report, Chelsea football club is yet to make an official announcement regarding Adegoke’s three-year contract at the club. More details soon…