Justice Inyang Ekwo had on Monday delivered an ex-parte application by the Peoples Democratic Party, PDP, barring the senate from re-amending the electoral act. 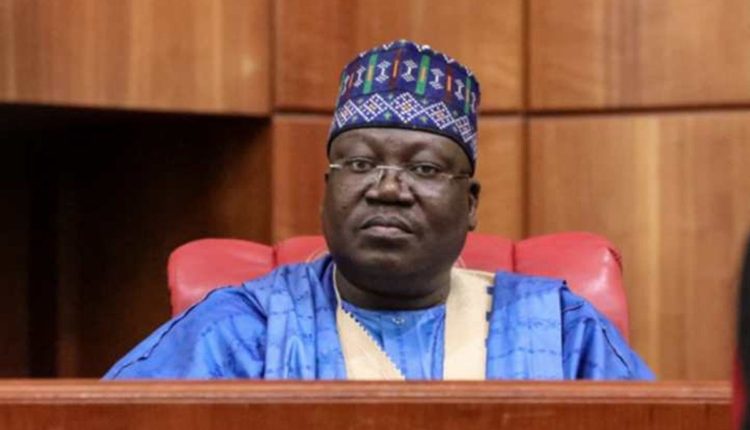 The Senate President, Ahmad Lawan has said the judgement of a court barring it from re-amending the 2022 Electoral Act wil not stand.
Justice Inyang Ekwo had on Monday delivered an ex-parte application by the Peoples Democratic Party, PDP, barring President Muhammadu Buhari, the Attorney General of the Federation, and the Senate President from tampering with the newly amended Electoral Act 2022.
The Court maintained that the Electoral Act has become a valid law and could not be altered without following the due process of law.
In a letter dated 28th February 2022, Buhari requested the National Assembly to amend the Electoral Act.
However, Lawan said the ruling violated the provisions of the 1999 Constitution on Separation of Powers.
Lawan spoke after the Electoral Act Amendment Bill scaled first reading on Tuesday.
In a statement by his spokesman, Ezrel Tabiowo, Lawan said, “I find it necessary to talk at this point because our governance system is based on the Presidential system of government where there is clear cut separation and exercise of powers.
“The Judiciary, under no circumstance cannot stop the National Assembly from performing its legislative duties.
“We know what our due processes are, just like we wouldn’t venture into what the Judiciary does, it should also understand that we have our processes.
“If the President writes to the National Assembly to request for an amendment, that is within his competence, and it is for the National Assembly to decide whether it agrees with the request of Mr. President or not.
“But to say that we cannot consider it is to ask for what is not there to be given. I believe that members of this National Assembly know their work and will do what is right.
“This is due process, we are not doing anything outside of the law, whether it is Mr. President or any Nigerian who feels very strongly about an amendment, this National Assembly is ready to take in and consider.
“It is within our exclusive right to consider whatever request we receive from Nigerians, whether through the Executive arm of government or through our colleagues – private members’ bill.
“I believe that what we are saying is the same, but we are emphasising that that judicial pronouncement will not stop us from doing what is right and our work here.”
Top Stories