The former deputy governor alleged that his initial decision to contest the senatorial seat followed pressure from Fayose who subsequently backed another candidate for the same position. 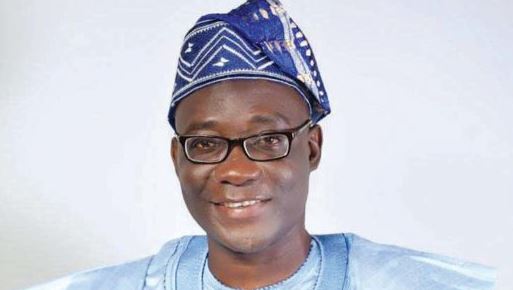 Prof. Kolapo Olusola, the former deputy governor of Ekiti state has accused his former principal, Gov Ayo Fayose of deceiving him into entering senatorial race ahead of the 2023 election.

In a letter he personally signed on Thursday to the national chairman of the Peoples Democratic Party Iyorchia Ayu, Olusola announced his withdrawal from the senatorial race.

Popularly known as Eleka, the former deputy governor alleged that his initial decision to contest the senatorial seat followed pressure from Fayose who subsequently backed another candidate for the same position.

He said: “I wish to notify the national leadership of our esteemed party of my voluntary withdrawal from participating in the forthcoming Peoples Democratic Party senatorial contest in Ekiti State.

“Your Excellency will recall that I contested for the last governorship primary election in which I came third. As a patriotic party man who is determined to protect the interest and ethos of the party, I congratulated the winner, Otunba Bisi Kolawole who is currently the candidate of the party.

“It is expedient to note, however, that the senatorial ambition was the making of former Governor Ayodele Fayose. I received emissaries from him to contest. After much pressure from concerned stakeholders, I decided to pick up the challenge to represent the party in my senatorial district.

“To my great surprise, Mr Ayodele Fayose who openly endorsed my candidacy for senate in my town, discretely aided another person from the same constituency to pick the same senatorial form.

“The above left me with no choice but to consider his endorsement as a facade and decoy.

“Having consulted widely on the foregoing with my teeming supporters across the sixteen (16) Local Governments, I have decided not to dwell where there is no sincerity of purpose but an arrogant display of deception and hence, pull out from the contest.”