The elders spoke through a former National President of the forum, Samuel Agbede. 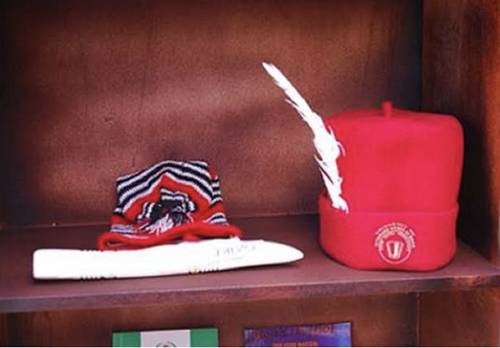 The Yoruba Council of Elders, YCE has stated that agitation by the South-East to produce the next President of Nigeria will not work unless the country is restructured.
YCE made the submission on Wednesday.
The elders, who spoke through a former National president of the forum, Samuel Agbede, said: “All the problems we are having today can be traced to 1959, when Nigeria was put on the table for creation, direction and for administration.
“Elections came, no party won and Obafemi Awolowo saw the writing on the wall. This is the auspicious portion of history that the decisions taken in 1959 would cast a permanent structure of the whole story on the administration of Nigeria.
“He (Awolowo) went to Enugu with his team to see Nnamdi Azikwe, for them to team-up. Awolowo went to the extent of telling Azikwe that he (Awolowo) was ready to cede the prime ministership of Nigeria to him (Azikiwe) and that he (Awolowo) would be contented with the Minister of Finance.
“Azikwe considered it and gave him a seemingly positive answer. They came back home, only to discover, shortly after, that Nnamdi Azikiwe went to his ‘boss’ in Kaduna. That was the end of restructuring of the configuration of Nigeria, and that was how they ceded power to the North.
“That is how the North got hold of power, till date.
The North were appreciative and they named Abuja Airport after Nnamdi Azikwe, because it was Azikwe, on a platter of gold, who gave them the power which the same South East is now trying to wrest from them. Is that possible?
“There is no way they (South East) can get there. The South East is just in the illusory ambition of being the president of Nigeria. For as long as our present mode of politics is in place, I cannot see, in the foreseeable future, the South East getting to the presidency, because they gave their presidency to the North."
Declaring that YCE would not support Afenifere’s position of a South East presidency, when a Yoruba man is jostling for the same position, he said:
“How would it sound in the ears of Oduduwa that our son, who is a Vice President in an arrangement, will be left and we now vote for another person? If we do that, it means the way we have been marginalized since 1959 will continue.
“That’s why we have decided in YCE that we cannot leave the waist of our son, who is in dire need of decorative beads empty, and decorate the waist of another.”
When asked if denying the South East the access to the presidency would not stoke the fire for segregation, he said: “That is everybody’s business.
That is why we are saying let us sit down and talk about it because we are different nations birthed together in 1914.
“I don’t know who gave them (North) the knowledge to say let us put this down and sign for 100 years. It had a limitation. It has expired.
“Nobody is talking about it except now that some elders, like Afe Babalola, are just waking up. We are not the same and I don’t know how you will now glue us together. It is political slavery. The East undid themselves, they can’t wipe out history.
“For as long as we practice this mode of democracy in Nigeria, it is impossible; another thing is that they (South East) can’t agree with themselves.”
Faulting Afenifere on South East presidency, he said:
“We, members of the Senior Elders of YCE, are not necessarily following Afenifere’s agenda because Afenifere is a social-political organization and YCE is a social-cultural group.
“When Olu Falae was aspiring to be president, that was when all of them engaged in the mother of betrayal. That was how YCE emanated. The YCE and Afenifere have hardly harmonized their agenda in the political spectrum.
“During the second term of Olusegun Obasanjo, Afenifere said they would never support him and they didn’t but made peace with the East to support Falae. Today, they are now paying back what South East did for them by supporting Falae then. But, YCE sees things differently.”
Top Stories