Crocodile Attacks Man, Drags Him Into Lagoon After He Threw Stones At It (Photos)


The crocodile grabbed the man's leg between its jaws and pulled him towards the water. 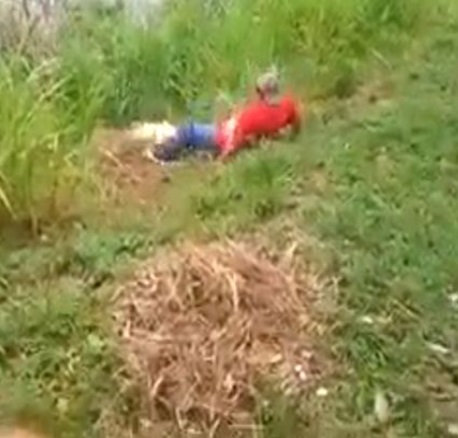 A man has been attacked by a crocodile after he threw stones at the animal.
It was gathered that the man was drunk when he threw stones at the crocodile before he was dragged into a lagoon.
The crocodile grabbed the man's leg between its jaws and pulled him towards the water.
Video footage of the horrific incident was filmed on the banks of the La Encantada lagoon in the Gaviotas neighbourhood of the city of Villahermosa, south-eastern Mexico.
It shows the man hurling stones at the crocodile before the reptile attacked him.
The director of the municipal Civil Defence, Jose Arturo Gomez Ascencio, said the man, who was not named in local reports, was inebriated and had "provoked" the reptile.
Gomez Ascencio said: "The person who was apparently attacked was throwing stones at it and was drunk.
"These animals are in the reproductive stage; they have eggs and the animal felt attacked and reacted."
The crocodile, a female, bit the man's leg, causing him to fall to the ground - as seen in the footage - to prevent him from disturbing its nest.
Witnesses said the man survived and he left the scene alone on foot.
Later that same afternoon, personnel from the Fire Department went to the scene to secure the crocodile and its eggs.
The Civil Defence took to its social media channels to warn locals: "We make a strong appeal to avoid disturbing them so as not to generate defence attacks." 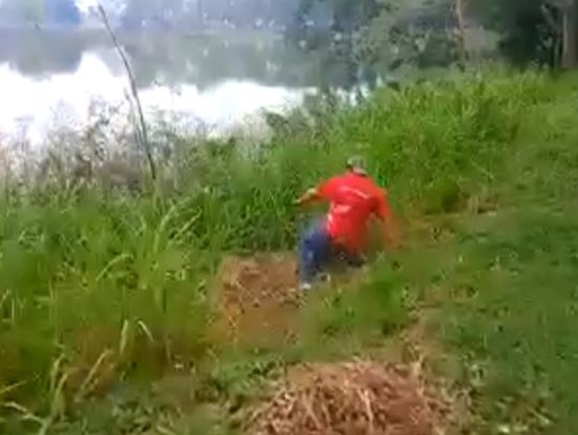 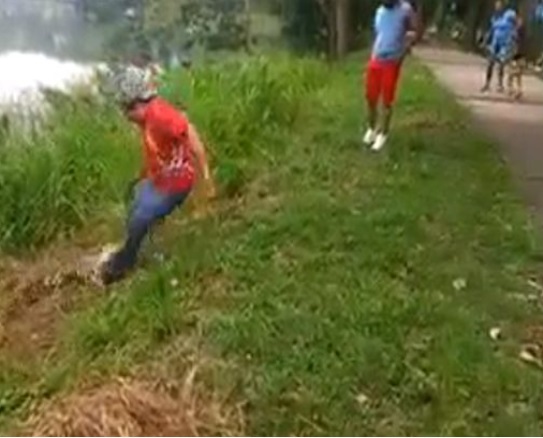