Chinese President Xi Jinping made the promise in a call with Russian leader, Vladimir Putin on Wednesday, according to CNN. 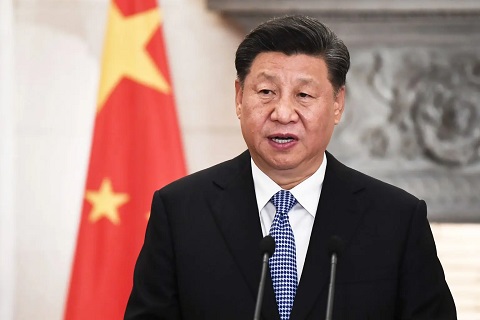 President Xi Jinping of China has promised to support Russia.
He made the promise in a call with Russian leader, Vladimir Putin on Wednesday, according to CNN.
This is as Russia's war in Ukraine rages.
This is upholding China’s backing for the countries’ partnership despite the global backlash against Putin over the ongoing war in Ukraine.
Speaking on his 69th birthday, Xi also pledged to deepen strategic coordination between the two countries, according to China’s Foreign Ministry.
A separate readout from the Kremlin said the two leaders stressed their countries’ relations “were at an all-time high” and reaffirmed their commitment to “consistently deepen the comprehensive partnership.”
The call is thought to be the second time Xi and Putin have spoken since Russia invaded Ukraine. They also spoke just days after Russia invaded Ukraine.
Top Stories