The singer announced that he has contacted Suleyman and, has awarded him five years scholarship at Adeleke University. 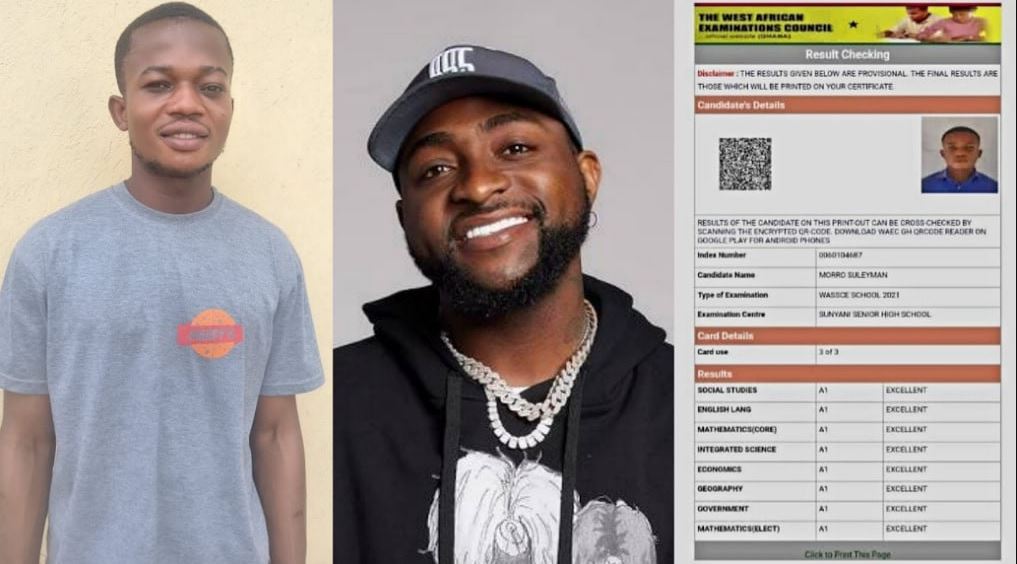 Superstar Nigerian singer, Davido who is known for his charitable works has awarded five years scholarship to a Ghanaian student who scored distinctions in all subjects at the West African Examinations Council (WAEC)

The Brilliant student identified as Morro Suleyman scored A1 parallel after he sat for the West African Examinations Council (WAEC) in 2021, but was unable to proceed to the University level due to financial reasons.

Reacting to the report earlier in the day, Davido took to his social media pages to launch a search for him.

A few hours later, Davido announced that he has contacted Suleyman and, has awarded him five years scholarship at Adeleke University. He also added that  Suleyman will be given free accommodation and allowance during his stay at the school.

He wrote: 'We have contacted Suleyman who lives in Ghana and he has been given a full 4/5 year scholarship to Adeleke university .. accommodation and allowance included ! God bless y’all'