The young boys can be seen recounting their experience in the viral clip. 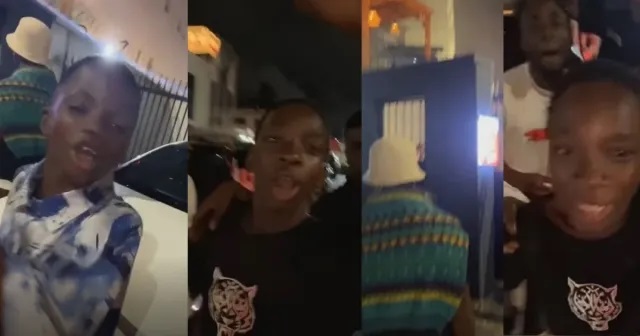 Some young boys have expressed disappointment after being prevented from entering a club due to their age.
In a video that has now gone viral, the young boys were seen protesting at the entrance to the club.
The incident took place at a club located in Victoria Island, Lagos State.
The young boys said that they were denied entry into the facility after coming all the way from their homes to have a fun time due to their ages.
Speaking further, they bragged that they had been to other clubs in the past where they were allowed in and had a wonderful time with other funseekers.
Watch video below: