The suspect was said to have gagged her mouth so that her screams would not attract the attention of those around the area and then defiled her with pen*tration. 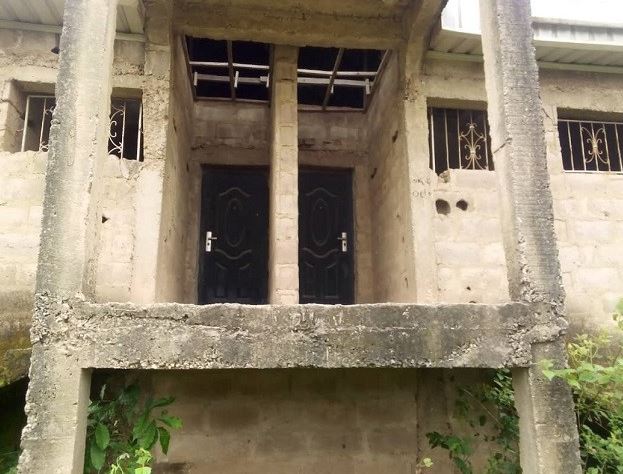 Men of the Oyo state police have arrested a 27-year-old homeless man identified as David Oladokun for allegedly having unlawful carnal knowledge of a toddler in Ibadan, Oyo State.

It was gathered that the incident occurred on Tuesday afternoon, July 12, at Olunde, Ajiyo-Ajoro areas along Olomi-Ayedun road.

According to Nigerian Tribune, the girl was left with a family friend by her mother and was playing outside the shop of her guardian when the suspect stylishly lured her, picked her up and took her to an uncompleted building opposite a hotel at Ogo Oluwa junction, Olunde Ajiyo-Ajoro area.

The suspect was said to have gagged her mouth so that her screams would not attract the attention of those around the area and then defiled her with pen*tration.

The guardian and other neighbours who were searching for the girl reportedly noticed the suspect trying to run away.

This made the searchers stop him, held on to him, after which he led them to the uncompleted building where they found the girl bleeding.

The crowd immediately descended on him, stripped him n*ked and was about to lynch him before he was rescued by the Oluyole Security Surveillance Team, led by its Commandant, Olusegun Idowu.

The OSST Commandant, who spoke with the Nigerian Tribune, said that preliminary findings revealed that the suspect, who said he learnt carpentry, was homeless and used to sleep in a friend’s residence or wherever he could lay his head on. He was also said to be a hemp smoker.

He was taken to Sanyo Police Station and handed over to police officers for further investigation.

Nigerian Tribune learnt that the toddler, who was bleeding in her private part, was taken to a private hospital by the police for prompt medical examination.

During interrogation, the suspect, who claimed to hail from Akure in Ondo State,  was said to have told senior police officers at the station that he acted through the influence of unforeseen forces.

It was learnt he would be transferred from Sanyo Division to the State Criminal Investigation Department, Iyaganku, Ibadan, for further investigation.

Spokesman of the State Police Command, SP Adewale Osifeso, who confirmed the incident said that investigation had been commenced on the matter.