Tinubu Believes He Needs Moslem Votes To Be President, Christians Can All Go To Hell With Their Votes – Babachir Lawal


The elder statesman insisted that Tinubu has proved to be daring and uncaring for the Nigerian Christians in the general election and thereafter. 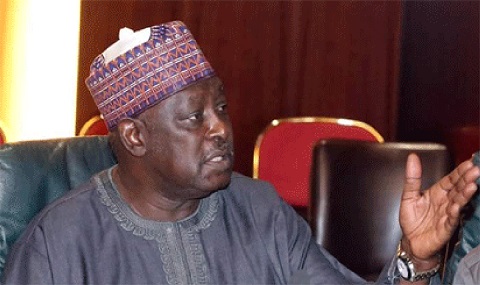 A former Secretary to the Government of the Federation (SGF) and chieftain of the All Progressive Congress (APC) has revealed the real reason Bola Tinubu chose a Muslim as his running mate.
Babachir Lawal who said he has left God to judge the politician and his supporters, said that Tinubu believes Moslem votes will make him president, so Christians can go to hell with their votes.
The elder statesman insisted that Tinubu has proved to be daring and uncaring for the Nigerian Christians in the general election and thereafter.
The former SGF made the declaration on Saturday in a fresh press statement in reaction to the final submission of a Muslim politician by Tinubu as his running mate in the 2023 presidential poll.
The statement obtained by DAILY POST reads in part, “I did say it: those the gods want to destroy they first make mad.
“Tinubu has thrown down the gauntlet. He has submitted Alhaji Kashim Shetima as his nominee. He has stood by his affirmation that he only requires Moslem votes to be President and for all he cares, Christians can all go to hell with their votes.
“This is his position and he has a right to it. I concede to him.
“We have picked up this gauntlet. The God of justice and equity through the Nigerian voters will decide the victor between the Nigerian Christians, Alhaji Tinubu and his party, the APC.
“This is our country and we will not let Alhaji Ahmed Bola Tinubu relegate us, our children and our religion to second class status in our own country.
“For us, this is an existential crises. Our rights to justice and peaceful co-existense with all practitioners of other religions is under threat.
“A northern Nigerian Christian child deserves to be bequeathed a future in which he can aspire to be President or Vice President of Nigeria.
“The Bible supports our position and the Nigerian Constitution supports and even guarantees it.
“Come on Alhaji Tinubu! Come on APC!
“Again, ‘to your tents o Israel.’ The Bible records a time like this in history:
“1 Chronicles 12: 32: ‘From the tribe of Issachar, there were 200 leaders of the tribe with their relatives. All these men understood the signs of the times and knew the best course for Israel to take,”.
Lawal, who is one of the closest allies of the APC presidential candidate and former Lagos State governor, Bola Ahmed Tinubu has consistently warned the APC and Tinubu against any attempt to adopt Muslim-Muslim ticket for the coming election.
To demonstrate his vehement opposition, he wrote four personal letters to Tinubu counselling him on the consequences of going for Muslim-Muslim ticket at the expense of the Nigerian Christians in the Northern region.
However, the counseling fell on deaf ears following the final submission of Kashim Shetima, a Muslim and former governor of Borno State by Tinubu to the Independent National Electoral Commission, INEC, as his running mate in the next year’s presidential election.
Top Stories