Government Did Not Play Any Role In Securing My Release, It Was Entirely The Work Of My Family - Freed Abuja-Kaduna Train Attack Passenger Says (Video)


In an interview, Imam said his release was entirely the work of his family members. 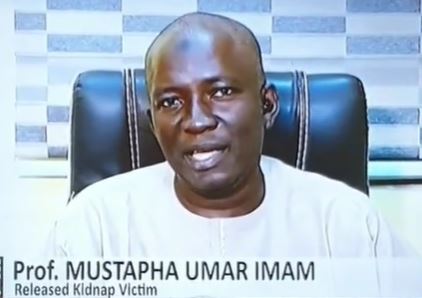 One of the victims of the ill-fated Abuja-Kaduna train attack, Professor Mustapha Imam, who was released from the terrorist's den on Tuesday, August 2, has said that the Federal government played no role in his freedom.

In an interview with Arise TV, Imam said his release was entirely the work of his family members.

''Unfortunately the government did not play any role in securing my release. Everything was handled by my family.

I don't have any details of whether any ransom was paid. I want to stress that the government did not play any role in securing my release and for this reason I am really worried for those people that are left behind. There are currently about 34 people still left behind on that camp. The oldest captive on the camp is 90 years old, a female and the youngest captive is a one year old child.'

He recounted the terrorists recently gave them N10, 000 each so they could purchase whatever they needed. He said they would in turn give the money to the guards in the camp to help them buy soft drinks, milk, beverages, bread, or others.

Watch a clip of him speaking below;