Alanamu, who was jailed for corruption, was granted presidential pardon along with 159 others in April 2022. 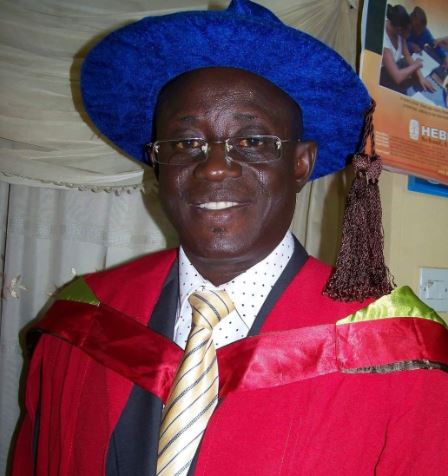 Dr Saadu Alanamu, an ex-Chairman of the Governing Council of Kwara State Polytechnic, Ilorin, has been freed from prison after President Buhari granted him a presidential pardon.

Alanamu, who was jailed for corruption, was granted presidential pardon along with 159 others in April 2022.

He was freed on Monday, August 8, 2022, from the Federal Correctional Centre where he was serving his term.

He was pardoned on the ground of ill health and being beneficial to society.

Speaking with newsmen in Ilorin after his release, he said: "I need to thank Buhari for exercising his prerogative of mercy and also by extension, the presidential committee for finding me worthy of mercy."

Alanamu also thanked his family members as well as the Islamic clerics for supporting him with prayers over the years.

He also expressed his gratitude to the people of Ilorin Emirate, especially the Emir, Alhaji Ibrahim Sulu-Gambari.

He added: "I have learnt greatly from this phase of my life. I’m just grateful to God and I want to say that I hold no grudge against anyone and I’m at peace with myself."

It would be recalled that Alanamu was remanded in prison custody on April 18, 2018, by the presiding Justice Mahmud Abdulgafar before he was later granted bail.

He was investigated by ICPC on allegations of receiving N5 million from a contractor as kickback for the award of contracts in the polytechnic and was found guilty by Justice Mahmud Abdulgafar, who sentenced him to 12 years imprisonment in May 2019.

He appealed the sentence but the Court of Appeal sitting in Ilorin upheld the judgment.