BBNaija: I Couldn't Jump Into Bed And Ships Like Others - Kess Reveals That Marriage Prevented Him From Exploring In The House


Kess also said he was initially annoyed to have been evicted from the show. 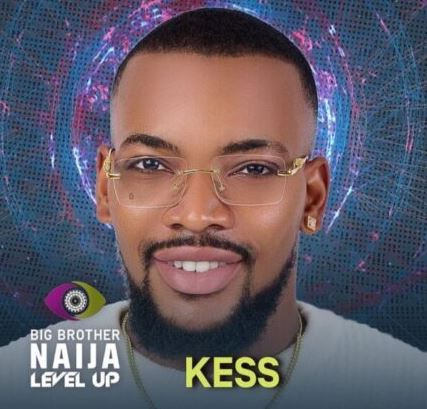 Recently evicted Big Brother Naija Level Up housemate, Kess has said that he could not do certain things in the house because of his marital status.

The 28-year-old said this in a recent interview with Big Brother Naija host Ebuka Obi-Uchendu.

Kess also said he was initially annoyed to have been evicted from the show, adding that “I didn’t see it coming”.

He said: “I was annoyed yesterday because I didn’t see that coming. I thought based on the lineup, even if they’re taking four people out, I’d still remain but I was shocked, I won’t lie,” he said.

“I was myself 100 percent, the way I was on the show is how I’m, so if there’s anything that I could think about, maybe the viewers wanted more interaction, which I was willing to give because like I said, I came there to have fun, although I told the housemates that whoever is getting anything from me in the house should not expect it to continue outside the house…which I think made them scared.

“I thought my personality would be enough, (my situation was different because I’m married) I was not as free as everyone else, I couldn’t jump into ships (relationships) and beds like others. I wanted to explore a little bit more but that didn’t happen.”

Kess was evicted alongside Pharmsavi on Sunday.