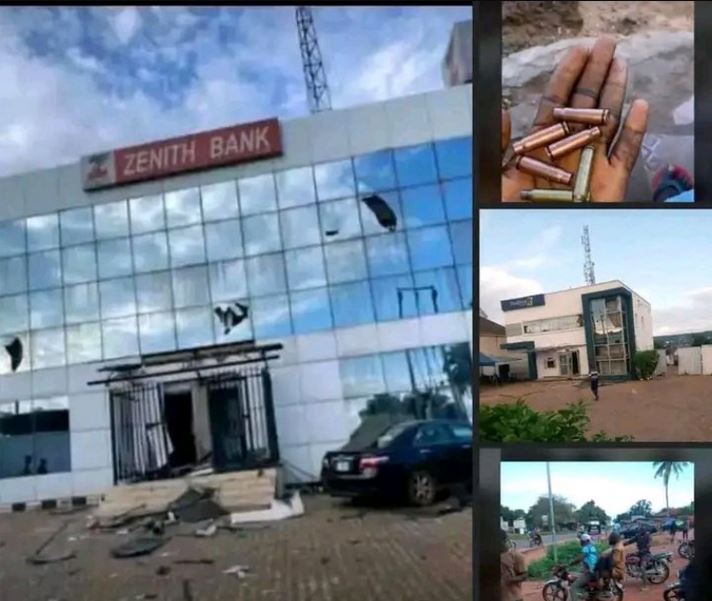 The police in Kogi State has confirmed a robbery attack on three banks in Ankpa Local Government of the state.
According to the police, the robbers who were many in number came with sophisticated weapons attacked three commercial banks at the same time on Tuesday.
A source in Ankpa told DailyPost that two persons lost their lives during the operation while the armed robbers went away with the money.
Confirming the incident in a statement on Wednesday, the Police Public Relations Officer, SP William Ovye Aya, said the Commissioner of Police, CP Edward Egbuka, has led a team of tactical operatives to the scenes for an on-the-spot assessment.
According to him, the Commissioner has equally ordered the deployment of additional operational assets consisting of operatives of the Police Mobile Force, Counter Terrorism Unit, Quick Response Unit, and State Intelligence Bureau in synergy with other security agencies to restore normalcy in the area.
“The police personnel on duty at the station and the banks quickly recovered from the sudden attack and gallantly repelled the attackers who were forced to flee. Some ran nearby bushes, others with their vehicles. The hoodlums abandoned three vehicles used for the operation in their haste to escape, some of them with bullet wounds,” he added.
While calling on the people of Ankpa and its adjoining communities to be on the lookout and report anybody seen with bullet wounds to the police or any other security forces nearest to them, Aya said the Command is committed to working in synergy with other security agencies as well as patriotic stakeholders in the ongoing onslaught against crimes and criminality in Kogi State.
He further tasked the Deputy Commissioner of Police in charge of the Investigation Department (SCID) to commence investigations to unravel the remote and immediate cause of the act, and trail the hoodlums to apprehend and bring them to book.