The Chief Magistrate had on Friday remanded Zainab in Suleja Prison over an assault on Inspector Teju Moses, a police orderly formerly attached to her. 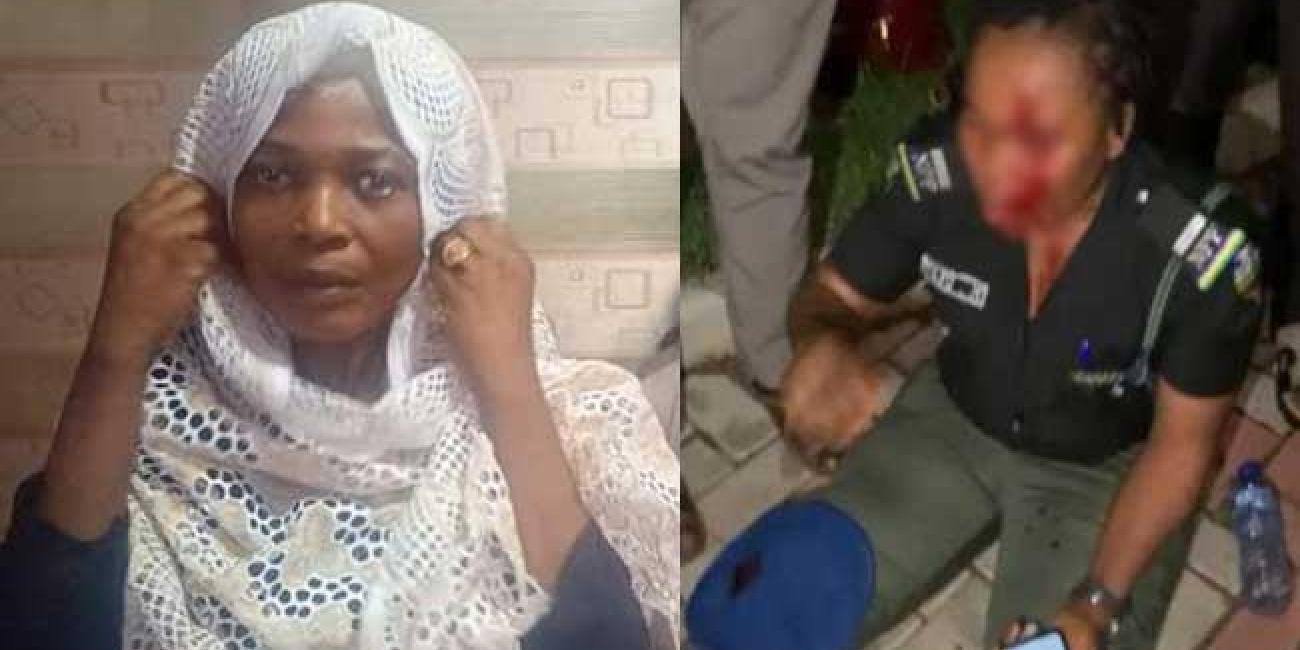 She accused one of the Chief Magistrates at the Wuse Magistrate’s Court, Federal Capital Territory and the Nigeria Police Force of conspiring and conniving to remand her in prison.

The Chief Magistrate had on Friday remanded Zainab in Suleja Prison over an assault on Inspector Teju Moses, a police orderly formerly attached to her.

In a video clip that went viral on Wednesday, the officer was seen seated on the floor and asking to be taken to the hospital for medical attention while bleeding.

The police had accused the legal practitioner and human rights activist, of attempt to commit culpable homicide and intentional insult to cause a breach of trust.

At the court on Friday, the Professor was denied bail while the matter was adjourned till October 5, 2022.

The magistrate also ordered that she should be remanded in Suleja Prison pending the adjourned date.

Speaking exclusively to SaharaReporters after the judgement, the late politician’s wife wondered why the presiding Magistrate would wrongly rely on Section 229 of the constitution which is “No Jurisdiction” to remand her in prison.

“I have done pro bono work for the police for almost 20 years. Never ever paid a penny or kobo, this is a gang up. They hate MKO Abiola.

“IGP Alkali Usman hates anybody who supports #EndSARS. This persecution started when they realised I was an #EndSARS supporter. He became angry and started looking for how to nail me because I’m the police Chief Legal Consultant.

“The IGP was also angry that I was against a gang-up against the Christians like me. Let the whole world know that a junior Magistrate wrongly relied on section 229 to remand me.

“The magistrate said she had no jurisdiction. Under Section 229 of the penal code, Magistrate has no jurisdiction in this case. However, five policemen from the IGP office entered her chambers and had a discussion with her.

“As soon as she finished the secret meeting with them, suddenly she said she had jurisdiction. This is a conspiracy by the IGP because I am trying to expose the corruption in the police.”

The Professor added that her life is currently in danger.

“I’m on my way to Niger State by this unholy hour. In case you hear of any ambush or attack on me, it’s the work of the police authorities. Imagine; no police protection at this unholy hour I’m being transported to the prison.”

Earlier, Zainab told SaharaReporters that the Nigeria Police Force authorities framed her because of her support for #EndSARS victims and denied assaulting the officer.

“The IGP was very angry; he reduced the number of cases assigned to me because of my office at the legal department of the police. My office is there, did you not see my letterhead paper? If they (police) have another Chief Legal Consultant in this Nigeria, let them bring the person out. It’s no other person but me, even the senior lawyers listen to me, so I give recommendations,” she had said.

“That was how I recommended that all these lopsided appointments of Christians by the IGP is wrong, I wrote the President. Intelligent police officers, you decided to retire them, you need these people to fight insecurity. That’s me, thank God that this thing happened, who will know I have been rendering pro bono services to the Nigeria Police Force for years?

“’You said you were supporting #EndSARS people and you called yourself our Chief Legal Consultant. Why would you be supporting those thugs, those criminals, those Lagos boys, those Tinubu’s boys’. Yes, that’s what the IGP said.

“Is it wrong to be against police brutality, discrimination against innocent citizens, misuse of guns against Nigerians? I have not done anything, I don’t assault people, my hand is for healing, for good things, it’s not in my character. They were just looking for a way to embarrass me.

“It started after I came back from the United States of America and actually expressed support for #EndSARS freedom fighters openly. The IGP, Alkali Baba Usman was not happy.

“That was where his sons, one Engineer Ibrahim stepped in and offered to take me to see the IGP for a fee. But I refused to pay any bribe and that IGP's son, Engineer Ibrahim took offence. He, Ibrahim now brought his girlfriend, one miss Zara to us. When it was discovered that the girlfriend of the IGP's son has sickle cell disease, my firm offered to help but Ibrahim travelled out.

“On his return, the IGPs son kept visiting our office and not being able to get any headway, he turned 360 degrees and became an enemy and very hostile. Nobody beat up any orderly. It is not in my character.”

She added that the officer allegedly assaulted wasn’t attached to her at the time of the alleged offence.

“I rejected her posting after realising she’s been on a peacekeeping mission to several countries and should be rehabilitated first due to her mental health.

“But she came back that particular night. I wasn’t even the one who attended to her, so how could I have given the order that she should be assaulted?”

Calls put across by SaharaReporters to the Force spokesman, Muyiwa Adejobi were not picked nor returned.