The three-year-old boy died on Friday at the Maternal and Child Care Hospital located at Ogombo, Ajah area of Lagos State after he was allegedly given four doses of injection by a nurse. 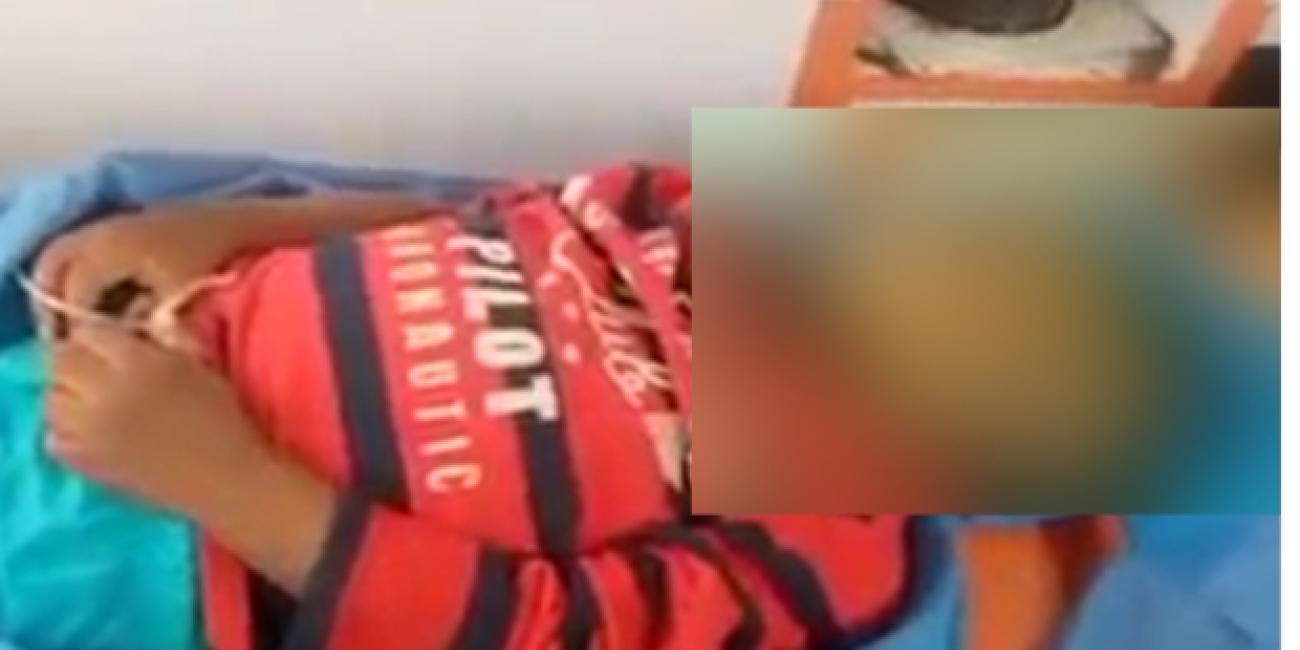 Serious drama has taken over a Lagos hospital after a boy died there.

The family of the three-year old boy who died in a Lagos hospital after an alleged injection has now cried out for help to get justice for their son.

SaharaReporters reports that the three-year-old boy died on Friday at the Maternal and Child Care Hospital located at Ogombo, Ajah area of Lagos State after he was allegedly given four doses of injection by a nurse.

In a video seen by SaharaReporters, the father of the deceased lamented that he pleaded with the nurse to allow his son to eat first but she refused and immediately she finished giving him the four injections at once, the boy gave up the ghost.

The man who did not mention his name in the video showed the lifeless body of the boy, saying, “Look at my son that I brought to hospital alive. The guy was healthy this morning until the nurse came and injected him four times.

“I even tried to explain to her that this guy has not eaten and moreover, that last night when she administered the same drug to him, the drug overreacted that made throw up (vomit) all that he ate throughout yesterday. That she should hold on, let me give my son food before they will give him the drug so that he will have energy but the nurse refused.

“Immediately she gave my son four full strings, she didn’t even remove her hands, my son gave up the ghost; she ran away, the doctor on duty ran away, nobody to explain.

“I was trying to at least understand what happened but they abandoned my son and everybody ran away. Nobody could explain anything to us.

“I was running around the doctors to see who could explain to me what happened because this guy was active just now. He did not stay up to five minutes after he was given the injection that my son died. He just shouted, ‘daddy, my heart’ and died.

“What they were telling me is autopsy but what happened here? What went wrong? Nobody could explain to me. I need help. I need an explanation of what they did to my son. Please Nigerians help me, human rights lawyers, help me.

Like the deceased’s father, the mother said that the first night the boy was treated and given an injection, he vomited heavily before he slept off.

The mother confirmed that the doctor and nurse who injected the child were nowhere to be found since the incident occurred.