However, Tinubu’s running mate, Kashim Shettima, was present at the signing alongside, Atiku Abubakar, Peter Obi, Rabiu Kwankwaso, among others. 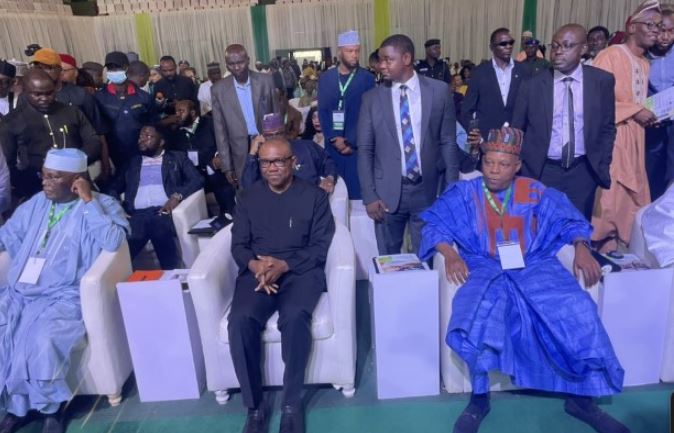 However, Tinubu’s running mate, Kashim Shettima, was present at the signing alongside, Atiku Abubakar of the Peoples Democratic Party, Peter Obi of the Labour Party, Rabiu Kwankwaso of the New Nigeria Peoples Party among others.