One of the two people killed was said to be a police officer on duty when the hoodlums attacked the station. 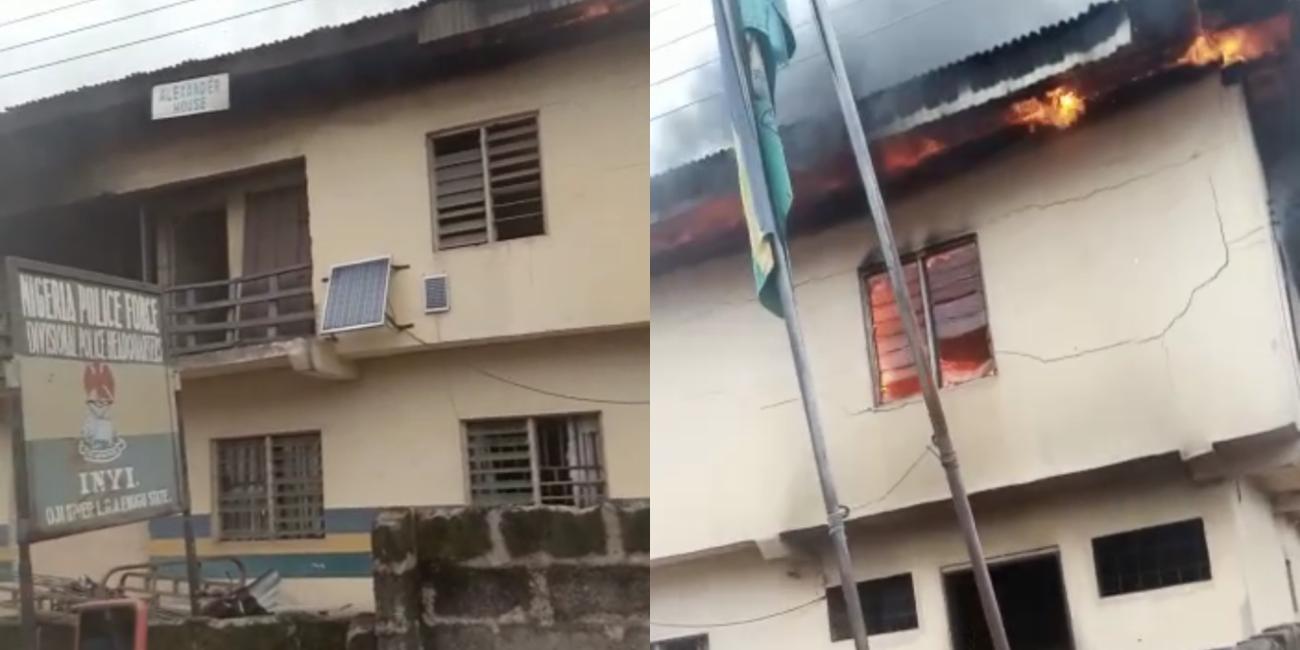 The Inyi Police Division in Oji-River Local Government Area of Enugu State, has been reportedly attacked by some gunmen, according to SaharaReporters.

SaharaReporters gathered that the incident occurred on Sunday morning.

One of the two people killed was said to be a police officer on duty when the hoodlums attacked the station.

A video of the incident seen by SaharaReporters on Sunday afternoon shows a building being used as a police station on fire and the bodies of two young men lying by the perimeter fence of the station.

Voices in the background of the video identified one of the bodies as that of a policeman while it is not clear whether the second person was a policeman or not. Some voices identified the two victims as policemen, but another person said he could only identify one of them as a policeman attached to the station.

A resident of Arum Inyi where the police station is located confirmed the attack to SaharaReporters.

The source who noted that he left the community on Saturday for Enugu, said, "I got information from my community a few hours ago that unknown gunmen attacked the police station in my town, and that they killed one police officer. Right now I don't have further details."

Meanwhile, a security alert being circulated on social media platforms in the Enugu State capital warned residents of Inyi, Achi, Ufuma, Umunze, Ajari and Arondiizogu to be careful and security conscious in their areas because of the resurgence of gunmen activities.

Efforts to get the reaction of the state police command on the incident were not successful as the Command's spokesman DSP Daniel Ndukwe did not answer calls from SaharaReporters or reply to a text message sent to him.