Shosho reportedly died on the spot, when cutting the tree popularly known as ‘Koleagbe’ in the community, which nobody had ever attempted to cut. 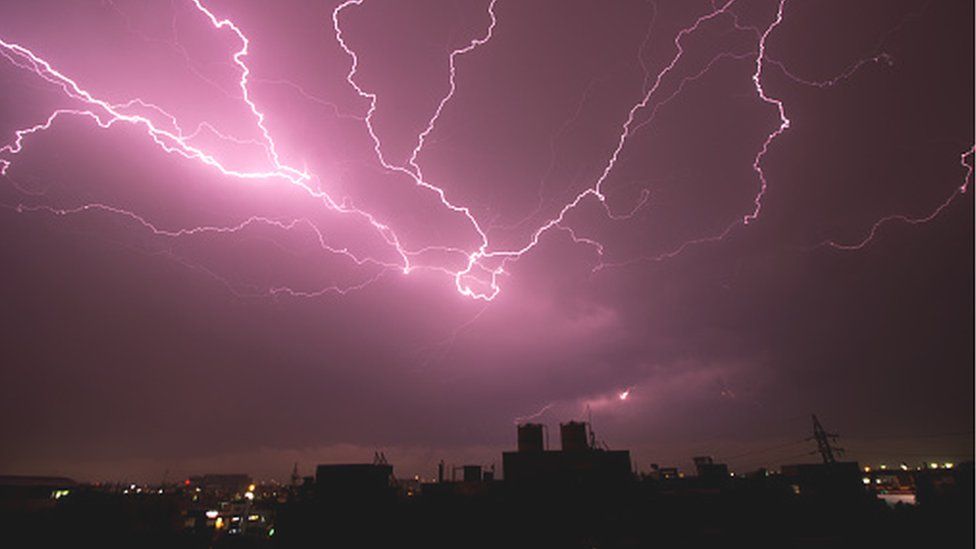 According to a report by Vanguard, a chainsaw operator, identified as Shosho, has been killed in Ondo State.

He was reportedly killed by lightning, at Oke Ayo camp, Oke-Oko community of Alade-Idanre, in Ondo State while cutting a tree said to have been in existence for over 80 years.

Shosho reportedly died on the spot, when cutting the tree popularly known as ‘Koleagbe’ in the community, which nobody had ever attempted to cut.

It was learned that the victim, who was from the Eastern part of the country, was buried at the spot of the incident.

Speaking with Vanguard, a source said the lightning was like an electric spark and it shook the entire community to its root.

“We were shocked and we couldn’t comprehend the mystery of the strike. We know from the way the man was killed that it was not ordinary,” the source said.

He said the operator and his sponsor didn’t seek the consent of the owner before cutting the tree.

According to him,”it took the intervention of the traditional rulers of the town, the Owa of Idanre, Oba Fredrick Aroloye before the ‘Aworos’ could perform the burial rites of the deceased, a week after the incident.

A palace source also informed newsmen that the death of the operator had to do with evil forces.

According to him,” there had been an attempt to cut the tree several times, without success. The deceased had attempted to cut the tree once, but his chainsaw got damaged. But because he’s determined to achieve his aim, the operator was said to have attempted it again when he met his untimely death.