Nnamdi Kanu Should Be Allowed To Go Home – Ozekhome


Mr Ozekhome said Kanu should be released for peace to reign in the country. 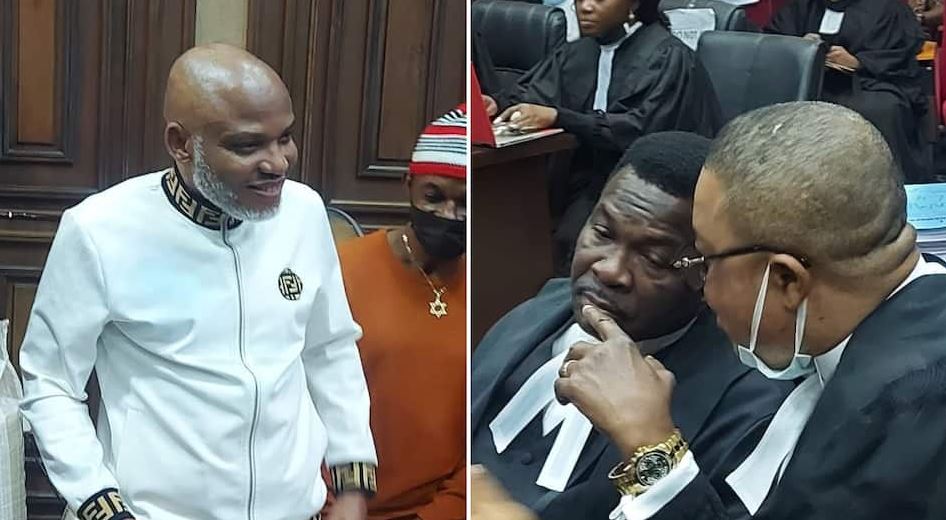 Mike Ozekhome, a Senior Advocate of Nigeria and counsel to the leader of the Indigenous People Of Biafra, Nnamdi Kanu, has called for his immediate release after he was discharged  by the Court of Appeal in Abuja on Thursday, October 13.

Nnamdi Kanu was discharged after a Court of Appeal ruled that a Federal High Court lacks the jurisdiction to try him in view of his abduction and extraordinary rendition to Nigeria in flagrant violation of the OAU convention and protocol on extradition.

Speaking on Channels Television’s News At 10, Mr Ozekhome said Kanu should be released for peace to reign in the country.

“What it (the ruling) means is that Nnamdi Kanu was discharged. That means he is a free man.

“And he should be allowed to go home. By the time we get a certified true copy of the judgment, we serve it to the Office of the Attorney-General and the DSS to allow Nnamdi Kanu go. Let my people go.”