But reacting to Tinubu’s claim about climate change, Bwala said his comment was out of context and offensive. 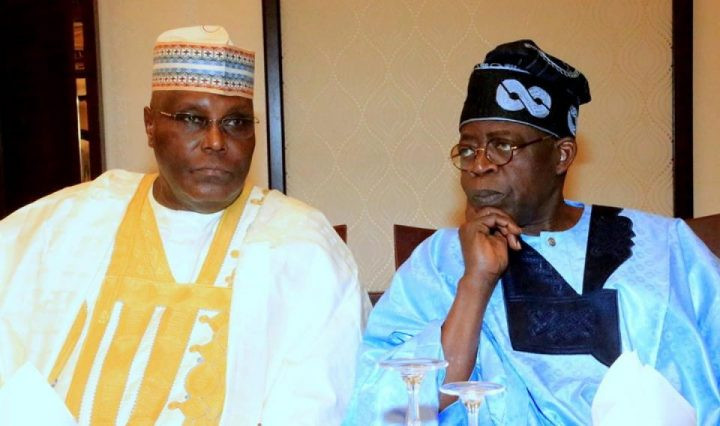 The All Progressives Congress, APC presidential candidate, Bola Tinubu has been laughed at on national television by spokesperson for Atiku Abubakar Presidential Campaign, Daniel Bwala  over ‘the church rat and poisoned holy communion’ comment.
While laughing at Tinubu when he appeared on Arise Television on Tuesday, Bwala also slammed the APC flagbearer, saying the comment is offensive.
Recall that Tinubu, while fielding questions about climate change at the Arewa Interactive Committee on Monday in Kaduna, described climate change as “a question of how do you prevent a church rat from eating poisoned holy communion”.
“We are a poor nation. They say firewood is not for fetch. They say we need to plant more trees and they are not giving us money.
“We need to tell the West, if you don’t guarantee our finances and work with us to stop this, we are not going to comply with your climate change”, Tinubu said.
But reacting to Tinubu’s claim about climate change, Bwala said his comment was out of context and offensive.
He disclosed this while featuring on the Arise Tv Morning Show.
Bwala said: “He was totally out of context on the church rat comment. It was offensive. It would have been better for him to give a metaphor that resonated with the people .
“But in terms of contextual interpretation…the international conference on climate change is looking at a balance.
“The one point-something emission limit that you are talking about is insofar as it relates to advanced countries.
“So you cannot join that with what Asiwaju said. It’s completely totally out of order”.
Top Stories