Nigerians To Hold #EndSARS Memorial At Lekki Tollgate, Other Locations On Thursday


Thousands of young people organised and marched through major cities throughout the country over two weeks of the #EndSARS in October 2020, calling for an end to decades of police brutality and other forms of injustice. 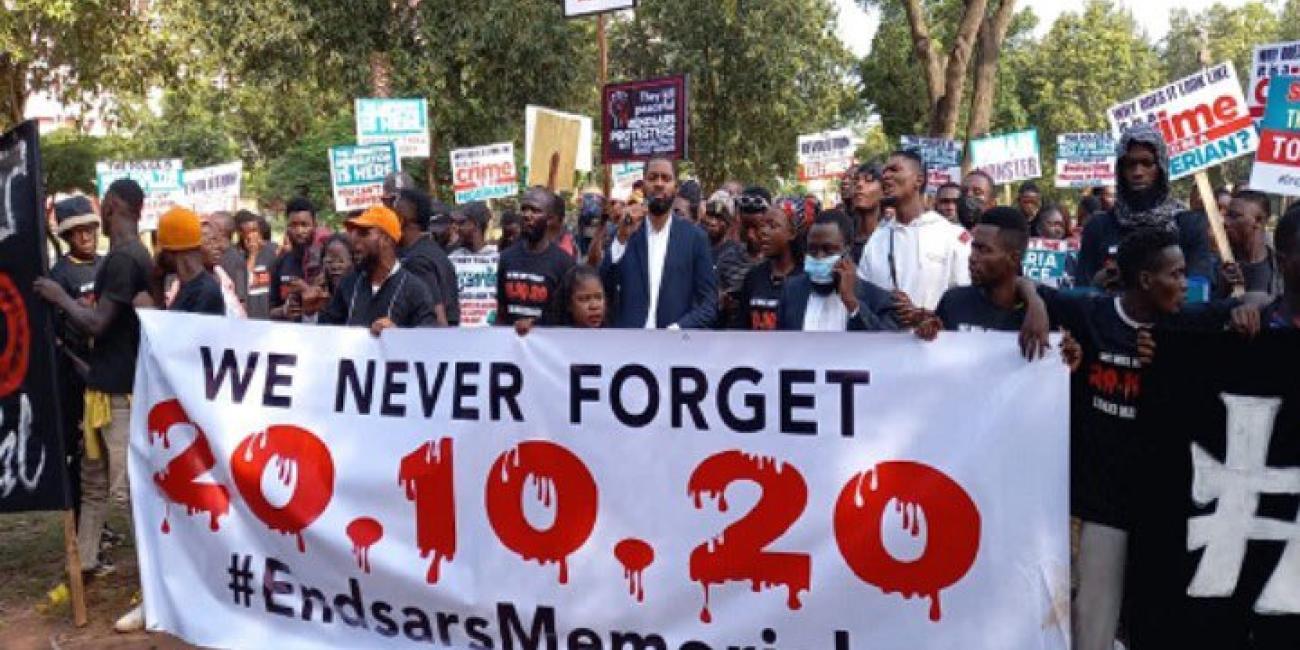 It has been revealed that many Nigerians will converge at the Lekki Tollgate in Lagos State on Thursday in order to mark the second anniversary of the widespread #EndSARS protests and Lekki Massacre in 2020.

Thousands of young people organized and marched through major cities throughout the country over two weeks of the #EndSARS in October 2020, calling for an end to decades of police brutality and other forms of injustice.

The anniversary is to preserve the memory of the unarmed civilians who were murdered by state agents on October 20, 2020, at the Lekki Tollgate when they were sitting on the ground and singing the national song and waving the national flag.

Public figures have revealed that the second memorial will take place largely at the Lekki Tollgate in Lagos and other towns throughout the country as citizens gather, despite the dwindling civic space for demonstrations under President Muhammadu Buhari.

Rapper and songwriter Folarin Falana “Falz” tweeted that he will be taking part in the walk to “honour fallen heroes from the #LekkiMassacre #EndSARS.”

Thespian and social justice activist Debo Adedayo, aka Mr. Macaroni, also tweeted that he would be participating in the walk in memory of those who had been brutalised by police.

“Peaceful walk tomorrow in honour of all #EndSars and police brutality victims. We no go fit ever forget!!!!” he tweeted.

According to information on the E-flyer shared by the duo, the memorial procession is organised to feature walking and driving through the tollgate accompanied by horn blaring, solidarity songs and chants from the participants.

While the event is slated to hold from the hours of 8am to 11am, citizens are encouraged to visit the venue at any time of the day to pay their respect to the fallen.