Magashi said Peter Obi’s running mate was defending barbarism, adding that it was an “insult to the Judicial Panel Report. 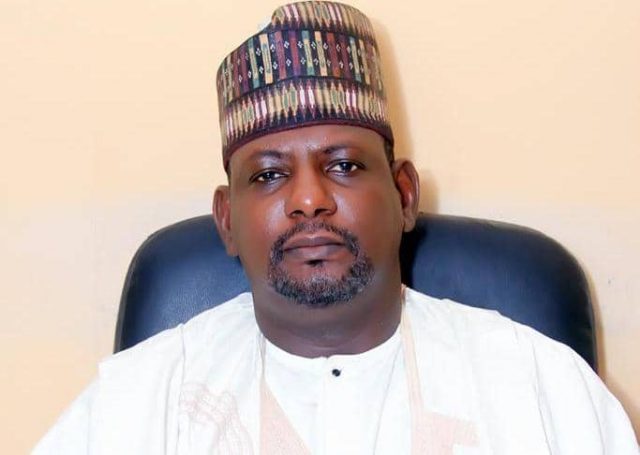 Labour Party vice presidential candidate, Datti Baba-Ahmed has been faulted over his comment on Lekki shooting on Channels TV, where he said, the “Lekki massacre” was highly debatable.
Reacting, Haruna Magashi, the running mate of Omoyele Sowore of the African Action Congress faulted Datti Baba-Ahmed.
Reacting in a statement made available to The PUNCH on Friday, Magashi said Peter Obi’s running mate was defending barbarism, adding that it was an “insult to the Judicial Panel Report that critically and correctly judged the incidents at Lekki as a “massacre!”
Magashi said, “I have just read that Baba-Ahmed, the vice-presidential candidate of the Labour Party, said that: ‘The use of massacre is highly debatable but I can say for sure that there were abuses of procedure and civil rights violations.’
“These words from Baba-Ahmed are not only embarrassing but also an insult to humanity and an attack on the quest for the total liberation of all Nigerians from the wicked hands of fascists and systematic tyranny.
“If Baba-Ahmed is not well-read enough to understand what a massacre is, he should at least use his phone to ‘verify’.  A massacre is a deliberate and brutal slaughter of many people. ‘This is obviously why it is literarily termed ‘cold-blooded!’
Magashi said Baba-Hamed was speaking cunningly “like the enemies of the people. Baba-Ahmed is so conservative and anti-people that he never for once condemned and fight against all the thousands of human rights abuses in the North.”
While speaking on Thursday, and when asked if he aligned with those who described and believed that the events of the night at Lekki were a massacre, Baba-Ahmed said, “There was abuse of human rights, there was abuse of procedure, if some people interpret those as massacre, then yes. However, massacre has different technical meanings, I can’t say I know all of it but I know massacre requires the assailants to have, first of all, no advance notice was given before the attack and the people, the victims must have been attacked in their own areas.
“These are well-meaning Nigerians, who brought themselves out and they were attacked by the security persons that are meant to be protecting their lives and properties. The use of massacre is highly debatable, but I can say for sure that yes, there were abuses of procedure and there were civil rights violations.”
Reacting further, Magashi said, “Baba-Ahmed is defending barbarism by this statement. Datti keeps portraying northerners as barbarians and people without civility. We are a very civil people
“The North is a bastion of development, and the AAC is the party that is showing the same tendencies today. We are happy that the great progressives in the vast North is gathering together to support Sowore as the new revolution that can build a new Nigeria.
“Let Baba-Ahmed and the rest know that northern Talakawa people will rise soon as we are the most oppressed people in Nigeria. We lack almost all basic amenities. The only thing we have is people like Datti and his godfathers using the North to rake in private wealth and distort our history and good ideas.”
He called for the release of detained #EndSARS protesters and justice for victims of police brutalities.
“The wind has blown and northerners know their actual friends and enemies. The days of the people cannot be postponed anymore. This is why #EndSARS must be greatly respected and justice must be ensured for all victims nationally. I also call on all governors detaining victims unjustly. Release these great comrades now! This is why our governorship candidate in Lagos, the gentle and suave Akeem Olayiwola, will implement all the letters of the Justice Okuwobi-led Lagos State Judicial Panel on #EndSARS and other related matters of police brutality immediately we are declared, in sha Allah, come 2023,” he said.
Top Stories